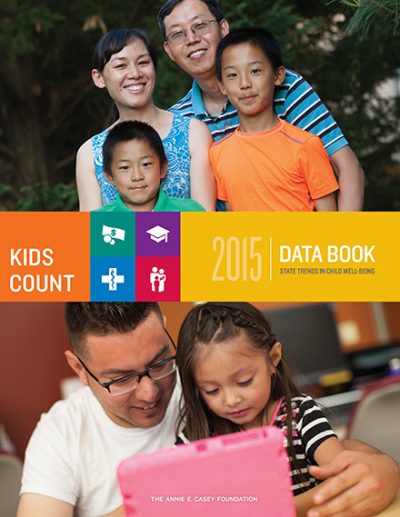 The Annie E. Casey Foundation's 2015 KIDS COUNT® Data Book signals that the U.S. economy is finally starting to bounce back from the Great Recession.

The evidence? Unemployment rates are down, consumer spending is up, and America added 2.95 million jobs in 2014 — the largest employment gains since 1999.

Yet, the news isn’t all positive. Across the nation, 1.7 million more kids are growing up in low-income families today versus during the Great Recession. At the same time, nearly one in three kids is living in a family where no parent has full-time employment, and — even when parents have full-time jobs — their wages and benefits often fall short in supporting a family.

At the state level: The Data Book’s top-ranked state in overall child well-being is Minnesota. This is the first time in nearly a decade that a non-New England state has claimed the no. 1 spot. Other chart-toppers in this year’s list include New Hampshire, Massachusetts, Iowa and Vermont.

States in the South, Southwest and Appalachia sit at the other end of the list. With one exception — California — the 15 lowest-ranked states in overall child well-being are in these regions.

View the 2015 national data profile (also available in Spanish) or download your state's fact sheet as a PDF below: