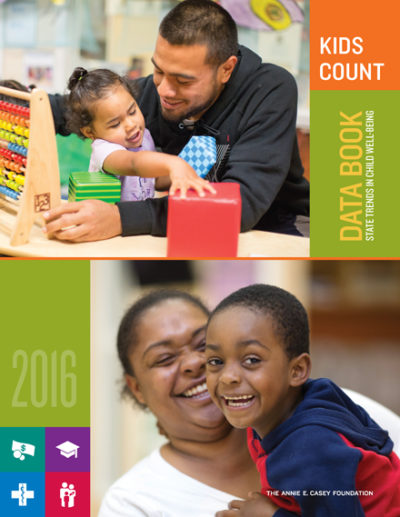 The Annie E. Casey Foundation's 2016 KIDS COUNT® Data Book introduces the incredible statistical success of Generation Z — kids born after 1995 who have broken records in education and health despite growing up in the midst of an economic downturn.

Aided by smart policies and investments in prevention, a record number of teens have avoided bad choices that could have derailed their future prospects. Between 2008 and 2014, teen birth rates fell 40%, drug and alcohol usage among teens fell by 38%, and the rate of high schoolers failing to graduate on time fell buy 28%.

Yet, racial inequities among kids remain deep and stubbornly persistent. On nearly all measures tracked by the Data Book, African American, American Indian and Latino children are more likely to experience negative outcomes when compared to the average American child.

At the state level: Minnesota retained its No. 1 rank in overall child well-being, with Massachusetts and Iowa rounding out the top three. At the other end of the spectrum — occupying the three lowest rungs in the rankings — are Louisiana, New Mexico and Mississippi.

View the national fact sheet or download your state's fact sheet as a PDF below: