A Future With Promise

By University of California, San Francisco 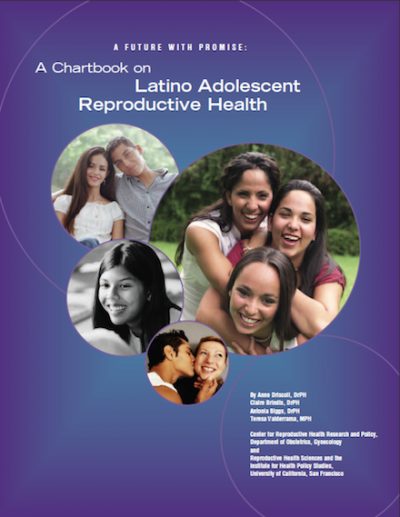 This publication draws on a wide range of research to present education, immigration and health facts related to the sexual wellness of Latino youth. The goal is simple: Give readers a richer and more nuanced look into these teens’ lives while informing policy and practice to better support their reproductive health needs.

Steps in the Right Direction

Though Latinos account for 14% of the population in America, they represent 20% of all new HIV/AIDS cases annually.

Latino males are more likely than females to have ever had sex, to have had sex at very young ages and to have had multiple partners.

Among Latinos, 10% reported using the pill the last time they had sex, compared with 23% of their white peers and 8% of their black peers.

An Early Start on Sex

Among Latinos, 11% of boys and 4% of girls reported having sex by their 13th birthday.

Given the growth in the Latino youth population, it is imperative that we learn how to influence the attitudes and behaviors of Latino teens in ways that reduce their birth rates and ensure their well-being.

Until recently, little attention has been paid to Latinos by either researchers or health practitioners.