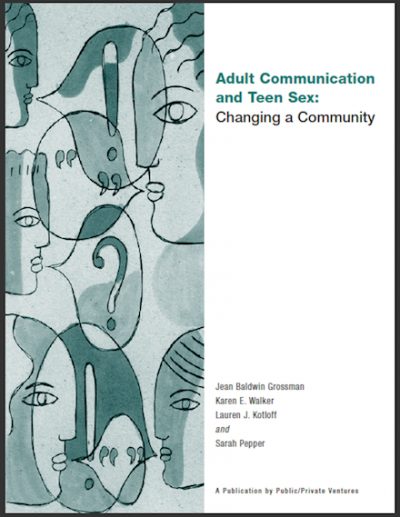 Between 1993 and 1998, the Casey Foundation rolled out a pregnancy prevention initiative called Plain Talk in five low-income urban neighborhoods. This report utilizes survey results to discuss what worked well and what didn’t during the program’s implementation. Readers will also learn if the initiative accomplished its original intent, which was to reduce the rate of teen pregnancy in participating sites (Spoiler alert: It did).

One of the Plain Talk program's three main goals is to get parents and adults to agree that early and consistent contraceptive use can help protect sexually active youth.

Youth who talked to adults about contraception and sexuality were less likely to have a sexually transmitted disease or pregnancy relative to peers who missed out on these conversations.

Youth in Plain Talk communities who knew where to get birth control were 70% more likely to use it.

A greater proportion of teenage girls become pregnant in America than in any other developed country — almost one in 10 girls between the ages of 15 and 19.

Communication between a youth and a knowledgeable adult about sexuality, combined with an increase in access to contraceptives, is positively associated with teens’ sexual knowledge and behavior.