American Indian and Alaska Native Children in the 2000 Census

By the Annie E. Casey Foundation, the Population Reference Bureau 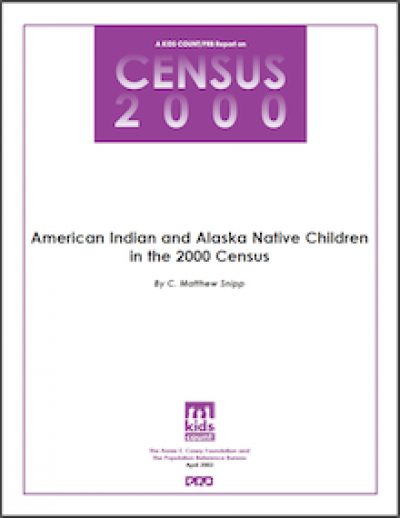 This report utilizes census results to examine how the American Indian population is changing — and growing. It opens by reviewing the unique position that American Indians occupy in our society and discusses how recent changes in the survey’s treatment of race have complicated the process of comparing results through time. It is part of a series of papers on the 2000 census prepared for the nationwide network of KIDS COUNT projects.

And the Survey Says…

This report is packed with census-driven findings. One example? The two states with the largest populations of American Indian children are California (205,000) and Oklahoma (142,000), according to the 2000 survey.

Comparing the numbers of American Indians reported in the 2000 census with those from earlier censuses is problematic, because there are now two sets of numbers for which comparisons can be made.

The fact that a substantial number of “new” American Indians have appeared in each census makes comparisons over time very difficult.