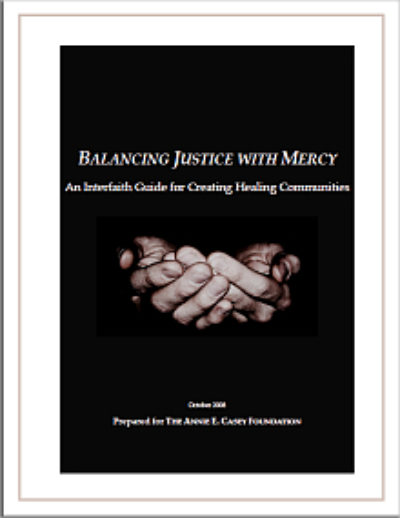 This detailed practice guide illuminates the Healing Communities model, which seeks to engage church members in restoration and healing of people in their own congregations affected by crime and incarceration. As presented in this guide, faith communities can offer a place of non-judgment, acceptance, love, caring, forgiveness, reconciliation, redemption and restoration. Detailed stories, background information, resources and practical suggestions are included that show how this model can transform hearts, create a sense of inclusion, reduce the stigma and shame associated with incarceration and criminal records, and build networks of support that start in houses of worship and expand to the community at large.

The Difference between a Faith Community and a Healing Community

The Role of Faith

Faith can play a miraculous role in creating healing – extending beyond the bounds of imagination.

97% of the people sent to prison will be released.

During the same 25-year period showing a 500% growth in the U.S. prison population, the U.S. population grew by only 4%.

By engaging in this work, congregations will help in reducing the stigma and shame of being personally involved in a criminal case or having a family member arrested and imprisoned. A welcoming and loving environment in the congregation will encourage people to acknowledge that they are affected by the criminal justice system and accept the care the congregation offers.

The movement calling for reforming criminal justice policies now counts among its members people across political, ideological and theological spectrums. Together they are rising up and saying “NO” to mass incarceration, “NO” to prisons that fail to rehabilitate, and “NO” to policies creating barriers to success upon coming home.