By the Juvenile Justice Coalition 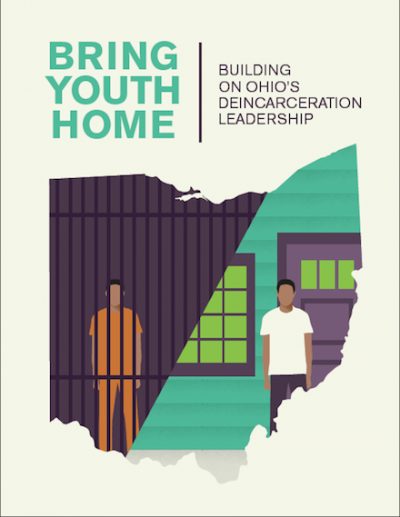 In 1992, Ohio began investing in five deincarceration strategies to keep kids out of youth prisons. Over the next 23 years, Ohio cut its admissions to youth prisons by 80% — from more than 2,500 youth to less than 500 youth today. This report reviews strategies central to Ohio’s success and makes recommendations to states engaging in similar efforts.

States should ask how — not whether — to reduce youth prison populations

Incarcerated children are subject to dangerous and abusive conditions, including physical abuse, sexual assault, and practices such as isolation, which can cause permanent psychological damage.

Ohio has continued to embrace new strategies that reflect current research and best practices and have further reduced the correctional population and recidivism while increasing positive outcomes for youth.