One City’s Approach to Strengthening its Most Vulnerable Families

By The Pew Charitable Trusts 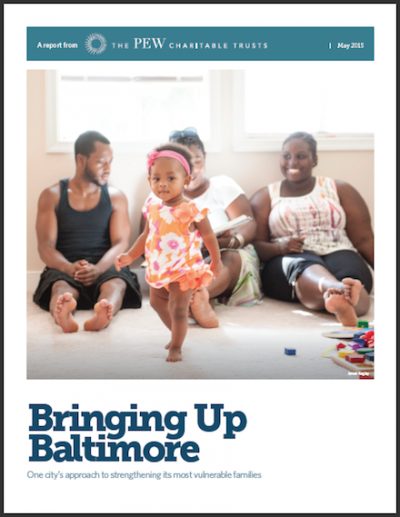 120 infants died in Baltimore in 2008; it was a call to action—and a call for change

A initial needs assessment found that the city’s nine home-visiting programs were using 10 different approaches — and only one program was implementing evidence-based practices.

Today, Baltimore collects data in key areas — including stats on breastfeeding, emergency room visits and prenatal care — to monitor the success of its revamped home-visiting services

Policymakers agreed that home visiting should continue in the city — not as it had, as disparate programs with no central strategy, but rather as an aligned system implementing proven practices.

In 2008, Baltimore’s infant mortality rate was 13.5 per 1,000 live births — the fourth-highest rate of major U.S. cities and the highest in Maryland.