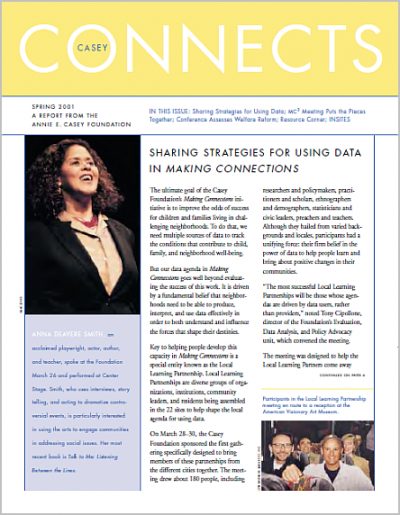 The number of families receiving welfare has dropped every year since 1995.

Welfare benefits fell more than earnings rose for the bottom fifth of earners, some of whom were worse off after leaving welfare.

Making Connections is part of a much larger body of child well-being work designed to spur a national commitment to strengthening families and neighborhoods.

…participants had a unifying force: their firm belief in the power of data to help people learn and bring about positive changes in their communities.

Recipients have heard the message that they must work and prepare for the day when welfare will no longer be an option.