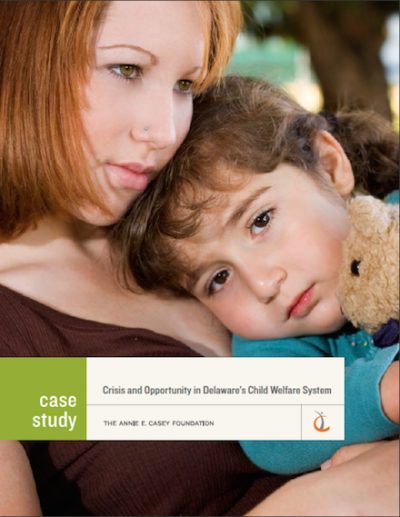 In 2011, Delaware’s child welfare system wasn’t just in trouble — it was in crisis, with too many teens entering out-of-home care and later exiting foster care disconnected from family. To fix this broken system, the state launched a sweeping, data-driven reform effort called Outcomes Matter. The initiative boosted morale among caseworkers and gave kids and families a critical voice in the decision-making process. But the best part? The effort helped improve the well-being of Delaware’s children and families.

One key to improving the child welfare system in Delaware? Engaging children and their families

From July 2011 to January 2014, Delaware’s child welfare system increased initial placements of teens with kin by 66%.

'Outcomes Matter: Enhancing Practice and Transforming Lives' became the tagline for nearly 20 strategies. It underscored that there was one holistic initiative that united all reform efforts, from improving hotline screening to installing a variety of updated practice approaches.

Family engagement is social work 101. It’s what you think you’re going to be doing when you enter the field — and now we’re actually doing it.