By the University of South Florida 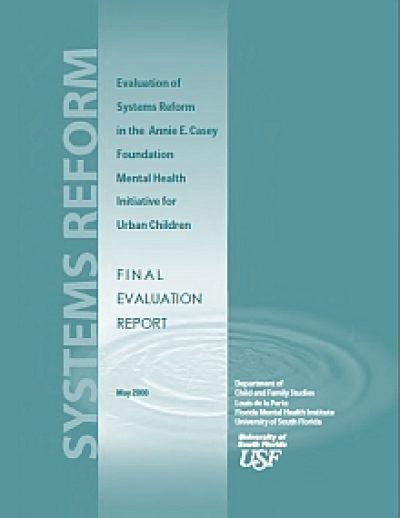 Approximately 20% of all children have a diagnosable mental disorder with those in poverty less likely to get help.

Restructuring high-level policies would have helped in the overall service strategy at the neighborhood level.

The analysis of the data collection effort found only modest examples of system reform.

A real barrier to change efforts in the neighborhood was the lack of zip codes in client data bases.

The 5-year time frame was too short to make the kinds of changes the Foundation anticipated.

An initial lack of trust among partners, and differing visions for the Initiative, slowed down progress and service implementation. Eventually, though, the various governing configurations in the four sites led to increased levels of local control and shared authority with neighborhood residents.