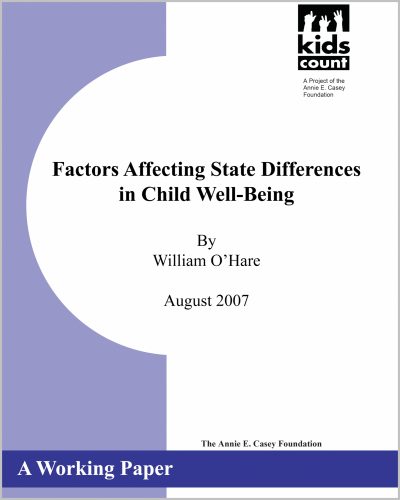 Knowing the national KIDS COUNT child well-being rate tells you very little about what is going on at the state level.

90% of the differences in child well-being across states may be explained by just a few KIDS COUNT measures.

Of the 500 possible comparisons of a state value with the corresponding national value (50 states times 10 measures), 369 measures differ from the national measure.

It is worth noting that since the first KIDS COUNT report was published in 1990, the landscape regarding child well-being indicators has changed enormously. There is a growing interest in child well-being indices, in compiling data on children from different data sources, and in sharing results with policymakers and the public.

Recent developments are encouraging and suggest the time is ripe for significant advancement in state-level measures and indices of child well-being. The results of this study will help analysts better understand the inter-relationships among such measures.