Differences for Parents by Race and Ethnicity

By The Urban Institiute 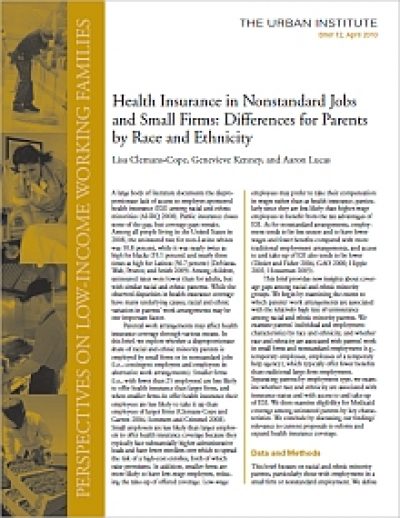 Black parents are significantly more likely to have regular employment at a large firm (61%) than white parents (55%).

18% of Latino parents had regular employment at a small firm, compared with 15% of white parents.

When smaller firms do offer health insurance their employees are less likely to take it up than employees of larger firms.

Most uninsured parents from minority backgrounds are not eligible for public insurance like Medicaid.

While the rate of uninsurance is also high for black parents, Latino parents are especially at risk of being uninsured; even when they are employed at large firms, they are far less likely than white parents to have coverage.