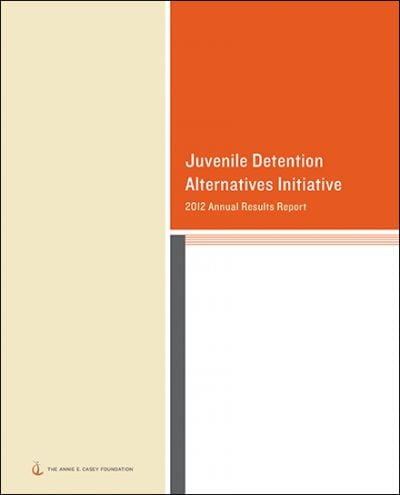 This report shares findings from the most comprehensive review ever conducted of the Annie E. Casey Foundation’s ambitious Juvenile Detention Alternatives Initiative (JDAI). It amasses the latest statistics from 112 JDAI sites while drawing clear comparisons to pre-reform data. The goal? Find out if two decades of JDAI-driven changes have helped reduce the use of detention while creating a safer, fairer juvenile justice system for today’s youth. The answer? An overwhelming two thumbs up. The report offers a renewed sense of progress, information about problem areas and statistical successes sure to inspire further action.

A Drop in Detention Numbers

The data on racial and ethnic disparities are clear: Despite cutting admission numbers overall, JDAI sites are still detaining youth of color at a substantially higher rate relative to other juveniles. Even more, youth of color make up 80% of daily populations at JDAI sites despite representing just 53% of all youth.

In 2012, juvenile crime indicators fell by about 36% relative to pre-JDAI levels. This statistical drop supports the notion that reducing the use of detention is not synonymous with compromises in public safety.

Worth the Extra Work

In 2012, JDAI sites released detainees about eight days earlier than their pre-reform counterparts. But managing this statistic — reported as the average length of stay — is challenging, as it often falls under the influence of outside stakeholders. The hassle is worth it, say experts, who encourage sites to continue aiming for tighter detention stays as a means of reducing unnecessary detention.

More Order in the Court

Compared to pre-reform data, JDAI sites reported that juveniles in their jurisdictions were now less likely to miss a court appearance or be arrested before adjudication.

JDAI has grown to become the most widely replicated juvenile justice reform initiative in the United States, reaching youth in almost 200 jurisdictions across 39 states and the District of Columbia.