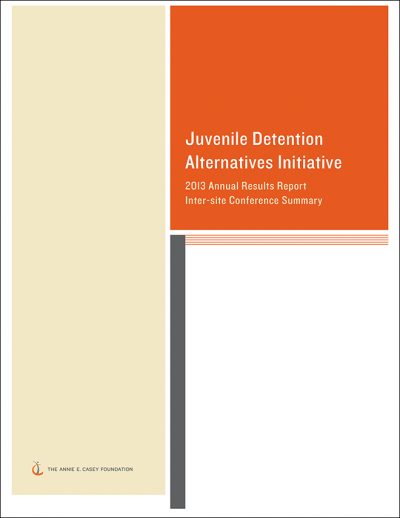 This report—the fifth of its kind—serves as an annual results recap for Annie E. Casey Foundation’s Juvenile Detention Alternatives Initiative. It packages data from 131 sites across the country that are committed to one cause: reducing the use of secure confinement for juveniles. Readers will learn how participating jurisdictions have succeeded in creating a fairer, safer and more efficient justice system for today’s youth—and where there is still much work to be done. The goal? Use this statistical progress check to deepen our understanding of the overall impact, influence and leverage of this detention reform movement.

Brushing Up on the Basics

In 1992, the Annie E. Casey Foundation initiated the Juvenile Detention Alternatives Initiative (JDAI), which is a nationwide effort by local and state juvenile justice systems to eliminate the unnecessary and inappropriate use of secure detention for juveniles.

This report paints a powerful and overwhelmingly positive picture of JDAI efforts in 2013. For instance, it tells how JDAI sites are now detaining 68,000 fewer youth each year while reporting a 40% drop in juvenile offenses relative to pre-reform levels.

Readers will encounter statistics that show the indirect impact of detention reform. One example? In 2013, JDAI sites reduced commitments to state custody by 45%—or more than 6,300 youth—compared to pre-reform levels.

The bad news? Youth of color are still detained more often—and in greater numbers—compared to their white counterparts. The good news? The latest round of data suggests that JDAI sites are making progress in addressing this disparity, with jurisdictions reporting a 43% drop in detaining youth of color relative to pre-JDAI totals.

The results that JDAI sites have achieved are gratifying and impressive – and those achievements should give sites renewed confidence and deeper commitment to tackle the challenges that remain.

JDAI sites have consistently reduced their use of detention, by an increasing proportion, even as the initiative has expanded.