A Guide to Juvenile Justice Reform #5​ 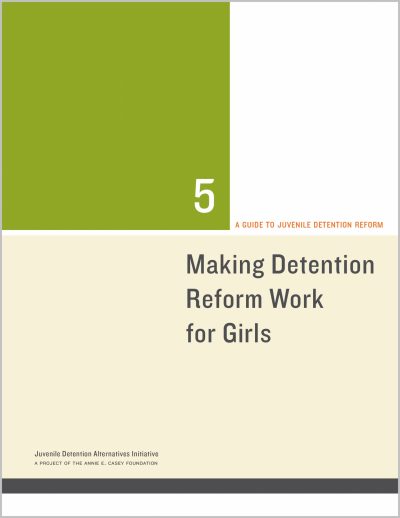 The actual incidence of seriously violent girls is low and has not changed over the last two decades.

Conflict with parents or other guardians was a factor in more than half of the girls’ court cases.

Overall, girls comprise less than 25% of all detained youth.

Past trauma is prevalent in nearly 100% of girls deeply enmeshed in the delinquency courts.

A massive California study found that 81% of delinquent girls had been physically abused.

Too often, juvenile court and probation officials detain low-risk girls for lack of a safe alternative. For instance, when girls have run away and don’t have anywhere else to go, or in cases of family conflict when girls are upset emotionally and/or parents refuse to come get them and take them home. Courts may also detain girls involved in the sex trade, based on fears that the girls will return to the streets and be further exploited.

None of these situations fall within the statutory purposes of detention — to protect the public or ensure attendance in court. And girls in these situations — many of them suffering with serious mental health conditions, or victims of severe trauma — are unlikely to benefit from the harsh and sometimes traumatizing environment of a locked detention facility. Quite the contrary.