Changing Contexts for a Community Initiative

By The Urban Institute, The Annie E. Casey Foundation 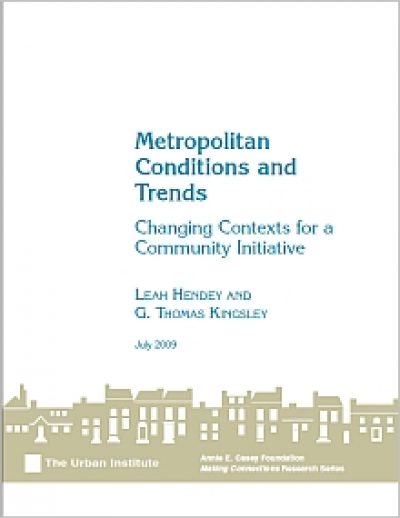 Making Connections--a 10-year Casey initiative--developed an unusually rich database of demographic, economic and social information that permits researchers to examine aspects of neighborhood change that have never been studied in as much depth before. This report reviews and summarizes data from 2000 through 2007 about resident families that includes standard demographic, employment and income variables; asset holdings and debts; public assistance patterns; social linkages; and attitudes about neighborhood conditions and services.

The share of adults with college degrees is often taken as an indicator of an area’s ability to be on the leading edge of economic development. Nationally, this share grew from 20 percent in 1990 to 24 percent in 2000 and to 27 percent in 2006; the MC county averages were higher at 24, 29, and 31 percent, respectively.