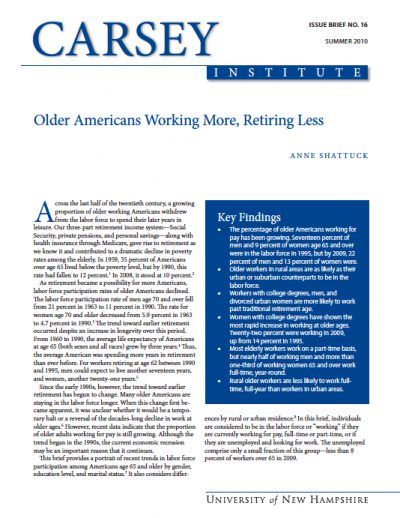 The percentage of older Americans — those age 65 and above — has been on the rise since the early 1990s. This brief examines workforce trends for this population by gender, education level, marital status, and rural versus urban settings.

The more education a person has, the more likely they are to work past age 65.

More than one in four older women who are divorced or separated are still working — a significantly higher rate than married, never married and widowed women. Men show few differences by marital status.

Recent data indicate that the proportion of older adults working for pay is still growing.

If, as predicted, more and more Americans arrive at old age with insufficient assets for retirement, continued employment may be a way for many to fill the financial gap.