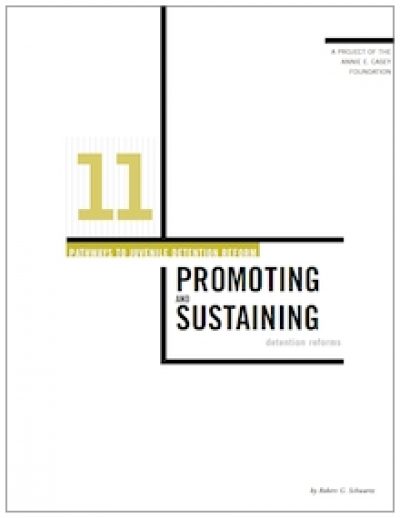 This report, the 11th installment in a series devoted to revolutionizing detention programs and practices in America, explains how sites in Casey's Juvenile Detention Alternatives Initiative (JDAI) set the stage — and ensured enduring success — in their quest to create a kinder, fairer (and cheaper!) juvenile justice system for today’s youth.

Let Data Do the Talking

In the early stages of JDAI, the Casey Foundation shared data that showed how one site reduced its use of secure detention and saved millions of dollars along the way — all without experiencing a jump in juvenile crime.

One Role to Watch

The chief juvenile court judge is the most important leader to woo when it comes to launching and sustaining detention reform. Watch for staff turnover in this position and work to engage successors from the get-go.

Words matter. Leaders were careful to describe their reform efforts in powerful and positive terms (think: fair, rational, accountable, objective and effective). Many sites also avoided the explosive image of letting offenders walk free by flipping the focus. Their conversations centered on detaining the right kids (not the equally important issue of releasing the right ones).

To boost support for their reform efforts, each JDAI site established a collaborative that included strong leaders representing a diverse mix of organizations and groups.

It is just as important to spend the time and money to sustain a reform as it is to launch it properly in the first instance.

Training is a powerful vehicle for imparting values and building enthusiasm for reform. In addition, when a reform is no longer new, training is crucial to retain support among the system’s stakeholders.

Leaders of any reform must be scanning the horizon and anticipating problems: meeting with new police officers and command staff, new district attorneys, new editors, new supervisory staff; training and retraining staff on the system’s values as they unfold in written policies and procedures; and cultivating politicians of all parties, dulling their criticism by building relationships that permit discussion of the initiative’s values.