By National Center for Children in Poverty 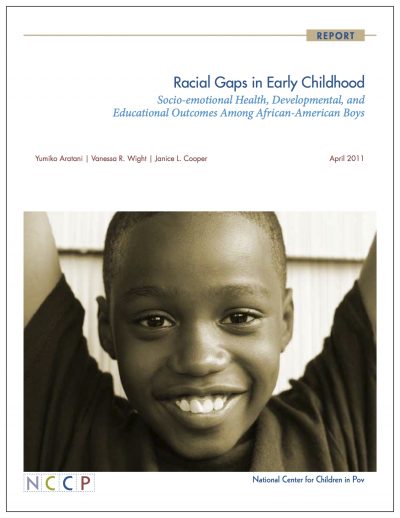 There is little research on resilience among children from diverse racial and ethnic backgrounds. What has been done focused on negative outcomes rather than positive development. This report looks at black and white boys and how racial disparities emerge in early childhood. It identifies factors that positively contribute to early resilience among young black boys.

This gap between races disappeared at kindergarten once socioeconomic and demographic characteristics were factored out.

Gender differences among black youth in school are larger than among other groups, with black girls outperforming black boys.

The consequences of this disadvantage are profound, as early childhood poverty can result in poor outcomes in adulthood.