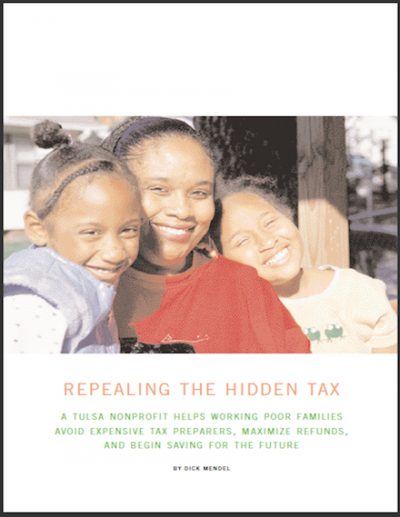 This article, which originally appeared in the spring 2002 issue of AdvoCasey, tells how a nonprofit in Tulsa, Okla., is helping working poor families avoid expensive tax preparers, maximize refunds and save for the future.

The Foundation produced AdvoCasey as a seasonal publication with themed issues that spotlight programs and policies making measurable differences in the lives of kids and families.

VITA programs completed tax returns for nearly 500,000 people in 1997, and one in every five of these individuals were low-income workers claiming the Earned Income Tax Credit.

Think of it as a hidden tax on the working poor — $75, $100, sometimes even $200 per year plucked from the pockets of America’s most vulnerable families as they struggle to earn their way out of poverty.