Lessons from the Florida Detention Initiative 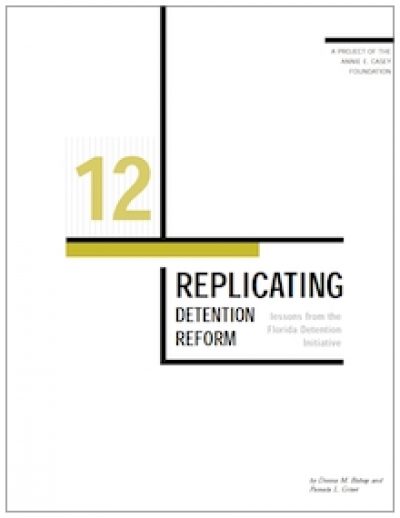 This report, the 12th installment in a series devoted to revolutionizing detention programs and practices in America, tells the stories of two initiatives: The success of a local effort to make smarter decisions about reducing detention center populations and the unequivocal failure of a subsequent drive to expand those achievements statewide. Paired together, these opposing outcomes serve as a cautionary tale—and underscore the unique obstacles and opportunities associated with multi-site reform.

The 1994 Juvenile Justice Reform Act had one clear mission: Protect public safety. It authorized the creation of new detention beds while expanding who was eligible for confinement and how long they could be detained. Just four years earlier, however, lawmakers had greenlit a drastically different plan. They had voted to shrink detention center populations, narrow eligibility criteria and invest in alternatives to confinement as part of a concerted effort to put the safety and wellbeing of children first.

Experts selected all 3 FDI sites because their facilities were overcrowded and their programs lacked detention alternatives. In essence, each location was in desperate need of reform. Post-initiative, these same experts recommend taking a more comprehensive approach — and considering factors such as stakeholder commitment, inter-agency partnerships and staff turnover rates — when selecting sites for reform.

Florida developed and instituted a statewide risk-assessment tool. In theory, this sounded like a great move. In practice, the tool was deeply flawed. Problem No 1: Politics — and not scientific evidence — shaped the tool’s creation. Problem No 2: No local input meant no local investment in the final product. As a result, the tool ultimately failed to fulfill its one and only purpose, which was to aid officials in making objective admissions decisions while easing overcrowding concerns.

At the end of the FDI, the detention centers in Orlando, Hillsborough and Marion were operating well above capacity and detaining more juveniles than just four years prior. Even worse, these sites had made little to no gains in developing non-secure detention alternatives.

Broward was ready. It had the political will to institute change, key stakeholders on board to plan and implement solutions, and committed, indigenous leadership to spearhead the reform effort.

Successful reform initiatives depend on political and organizational environments that are receptive to change.

Juvenile detention initiatives are highly sensitive to the external political environment. The difficulty and complexity of exporting a reform to another place and in another time should not be underestimated.