The Experiences of Two Initiatives 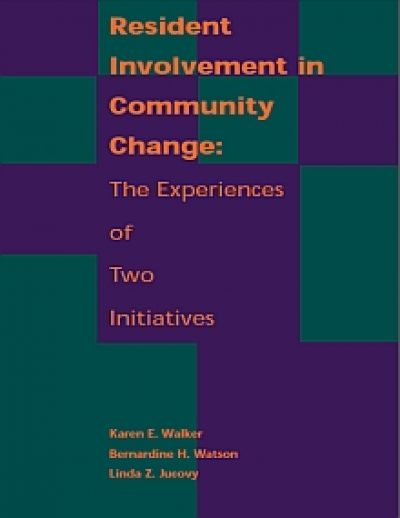 Both Plain Talk and Community Change for Youth Development (CCYD) represent a social policy approach to local neighborhood change. Plain Talk’s goal of protecting sexually active teens from pregnancy and disease slapped at religious beliefs, while CCYD’s goal of giving youth a leg up in school, work, and decision making was much easier to market.  Yet both ran into the same phases, quandries and challenges during implementation, as revealed in this report.

Resident involvement has been viewed as a very powerful political idea.

The civil rights movement and the demands by poor, minority residents for a larger voice in local planning and politics pushed resident involvement to prominence in community initiatives.

Even thought resident involvement is a recurring theme in America’s social policy, there is not much clarity or agreement among policymakers, funders or practitioners about what that means.

In two very different initiatives and among very different sites, we observed three distinct phases in the process of involving residents: 1) an initial period of high energy and cooperation between residents and staff, 2) a second phase characterized by tensions about roles and responsibilities, and 3) a third phase where some resolution began to take place. Given their consistent manifestation among the sites, these phases may be inevitable.

Both Plain Talk and CCYD represent a social policy approach that is community-centered and aims to make basic changes in the environment, institutions and human interactions that shape people’s lives. It had become increasingly clear that the more limited interventions, which were designed entirely outside the communities where the target population lived and which had dominated social policy for several decades, were not having lasting effects.