The Child Population: First Data from the 2000 Census

A Kids Count/PRB Report on the 2000 Census 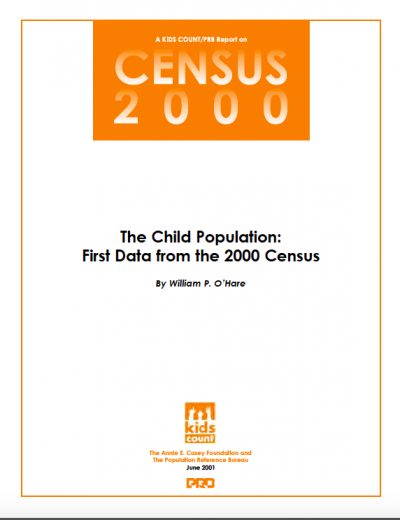 This report provides initial data on children under 18 from the 2000 U.S. Census, including demographic changes at the national, state and local levels compared to the 1990s.

The Largest Child Population In U.S. History Is More Diverse Than Ever.

More Children Than Ever

98% of the growth in the child population was among non-white children. In 2000, 39% of America's children were minorities, compared to 28% of adults.

Despite the historic number of children recorded in the census, the U.S. adult population grew at twice the rate of the under-18 population.

Based on our experience with the effects of the baby boom in the 1950s, it is clear that the recent increase in America’s under-18 population will put heavy new demands on our already struggling public education, child care, and family support systems. In addition to the sheer numbers of children added to the population, a very large share of these children come from families where English may not be the primary language at home and from cultural traditions that may be unfamiliar to many educators and service providers.