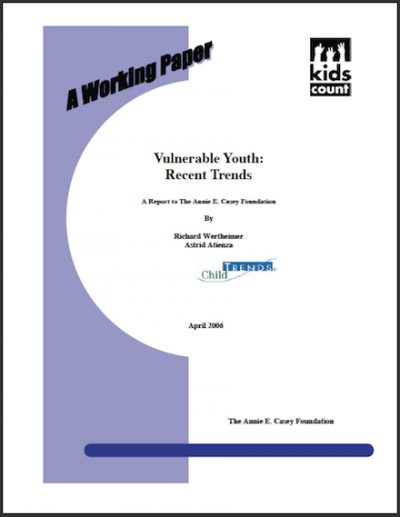 Despite only modest increases in the nation’s foster care population among youth ages 15 to 19, 17 states saw caseload increases of at least 20%.

A Drop in Detention

From 1999 to 2003, the number of teen mothers dropped steadily across the country in all 50 states plus the District of Columbia.

While nationwide there was a substantial decrease in the number of youth in juvenile justice residential placement between 1997 and 2003, there were seven states with increases of at least 20%.

Nationwide and in 37 states plus the District of Columbia, there was at least a 20% decline between 1998 and 2002 in the number of youth receiving TANF payments.