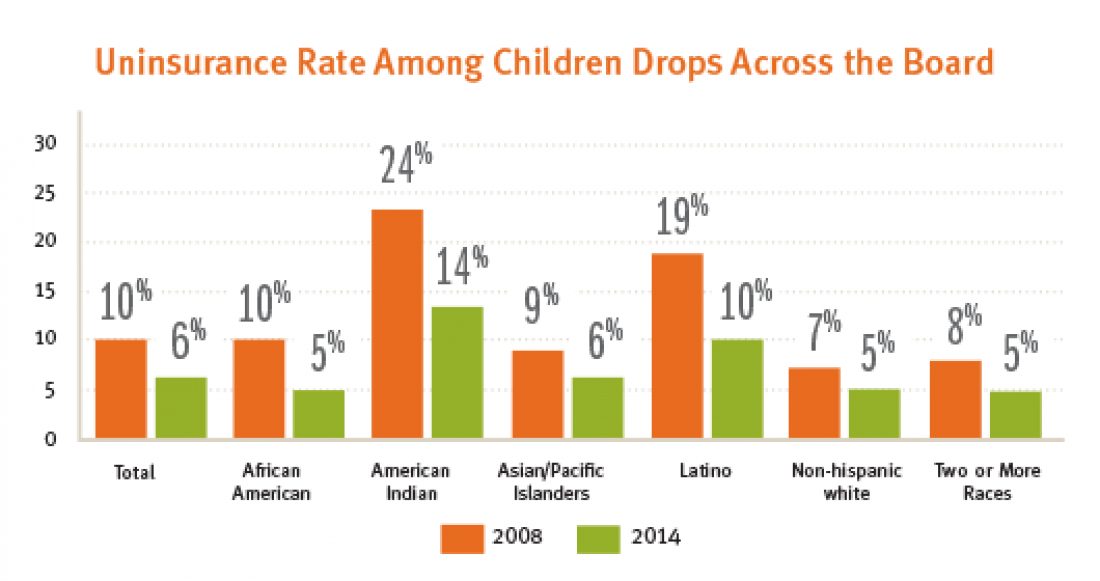 From 2008 to 2014, the number of uninsured children in America fell by 40% —  from 7.3 million to 4.4 million. During this same time frame, the percentage of kids without health insurance fell across all racial and ethnic categories. Three groups — blacks, Latinos and American Indians — experienced the most dramatic drops on this front.

Despite these improvements, 14% of American Indian kids and 10% of Latino kids still lacked health insurance in 2014. Children from these two groups were also more likely to be uninsured relative to peers of other racial and ethnic groups. Experts attribute the overall, extended drop in uninsured rates among kids to expanded public health coverage. At the same time, employer-sponsored health insurance remains elusive for many low-wage and part-time adult workers in America, and full-time workers have also seen substantial cuts in employer-sponsored health insurance benefits, according to recent research.