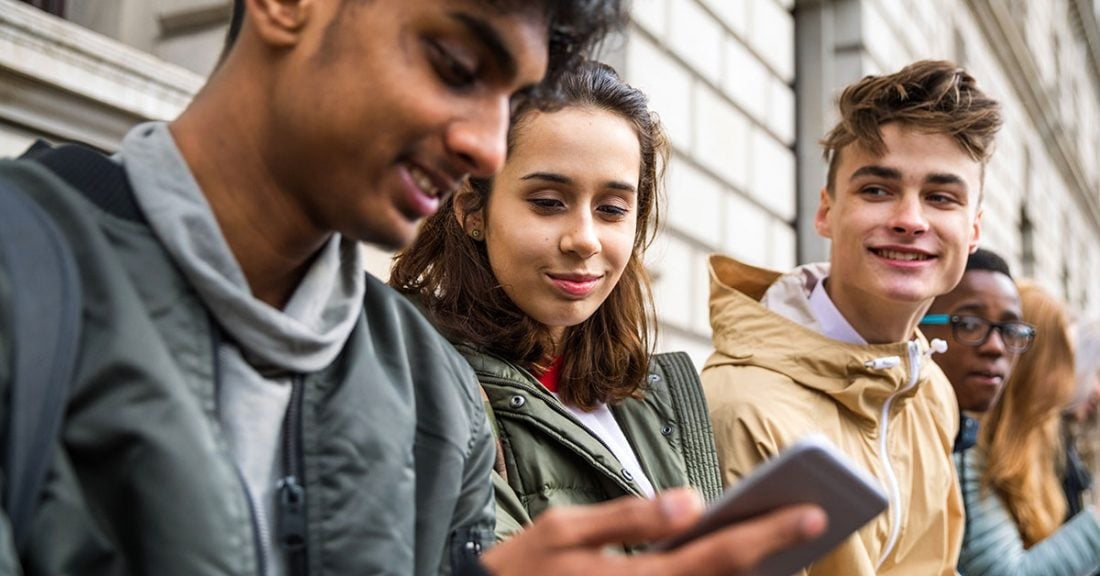 Generation Z has emerged as a population increasingly worthy of attention, especially now as its older members enter young adulthood. Born after 1995, Generation Z-ers made up one tenth of the 2020 electorate; and while they share a number of characteristics with Millennials, their formative years have been shaped by a drastically different world, resulting in key differences in attitudes, tendencies and outlook. Statistics compiled by the Pew Research Center paint a clear picture. Here’s what we know:

Diversity is their norm

One of the core characteristics of Generation Z is racial diversity. As America’s demographics continue to shift, Gen Z will be the last generation that is predominantly white. A slight majority of Gen Z-ers (52%) is white; 25% is Hispanic, 14% is Black and 4% is Asian.

For many Gen Z-ers, the backdrop of their early years included the country’s first Black president and the legalization of gay marriage. They are more likely to have grown up amid diverse family structures — whether in a single parent household, a multi-racial household, or a household in which gender roles were blurred. As a result, they are less fazed than previous generations by differences in race, sexual orientation or religion.

They are our first “digital natives”

Another characteristic of Generation Z is their native use of technology. Whereas Millennials were considered “digital pioneers,” who bore witness to the explosion of technology and social media, Gen Z was born into a world of peak technological innovation — where information was immediately accessible and social media increasingly ubiquitous.

These technological advancements have had both positive and negative effects on Gen Z. On the plus side: an abundance of information is at their fingertips, allowing Gen Z-ers to broaden their knowledge and be proactive in their learning. On the other hand, too much screen time can compound feelings of isolation and lead to underdeveloped social skills. Additionally, technology is changing the economy, leaving low-income Gen Z-ers vulnerable as they enter the workforce.

They are pragmatic and financially-minded

Financial mindedness is another core characteristic of Generation Z. Many Gen Z-ers grew up watching their parents take huge financial hits during the Great Recession. Having witnessed their parents’ struggles, this generation is driven by pragmatism and security.

While Millennials came of age during an economic boom, Gen Z-ers were shaped by the economic pressures their families and communities faced, from the financial stress of the rental market to the added costs to kids and caregivers staying in touch with incarcerated parents. Thus, they value the stability that comes with conservative spending, stable jobs and smart investments.

Many factors contribute to their mental health challenges

Mental health challenges are a sad characteristic of Generation Z, which has been referred to by some as the “loneliest generation,” as their endless hours spent online can foster feelings of isolation and depression. More time spent on smartphones or watching Netflix means less time spent cultivating meaningful relationships. Additionally, many young people fall prey to the “compare and despair” trap that social media presents.

Gen Z kids also find their mental health affected by the turbulent state of the world. As political activism among Gen Z has increased, many Gen Z-ers have internalized the unrest surrounding issues like gun control, police brutality and climate change — leading to increased levels of stress.

They are shrewd consumers

As consumers, Gen Z’s behavior reflects their values — and the influence of an increasingly digital world. Gen Z kids can rely on their tech savvy and extensive social networks to make informed purchasing decisions. Their pragmatism leads them to explore and evaluate a range of options before settling on a product. In addition, they are more likely to be swayed by the recommendations of real-life users than by celebrity endorsements.

In much the same way that Gen Z-ers use social media as a means to curate their own personal brand, they also look at their purchasing decisions as an expression of their values and identity. As an example, they are drawn to sustainable products and brands — and are often willing to pay more for them. They value personalized products, and they are drawn to brands who share their point of view on political issues.

They are politically progressive — even those on the right

Most generations tend to be more left-leaning than the previous generation, and Gen Z is no exception. While Gen Z-ers look a lot like Millennials on many key issues, they are the most politically progressive generation yet. They are the least likely generation to approve of President Trump’s leadership, and they are the most likely generation to see the advancement of LGBTQ rights as a positive development. Even among Republicans, Gen Zers take a more progressive stance on social issues: they agree that Blacks are treated more unfairly in this country, they believe the government should play a greater role in solving problems and they are more likely to attribute climate change to human activity, as opposed to natural patterns.

Gen Z still has a lot of growing up to do. But as they continue to come of age, early signs indicate that they will grow into engaged, conscientious stewards of our world — by being socially-minded, independent thinkers, who recognize their responsibility in shaping a more equitable future for all.

Stay up to date with the latest data, reports, and publications the Foundation has to offer by signing up for one of our newsletter mailing lists today!