Bundled Supports for a Mother and Son 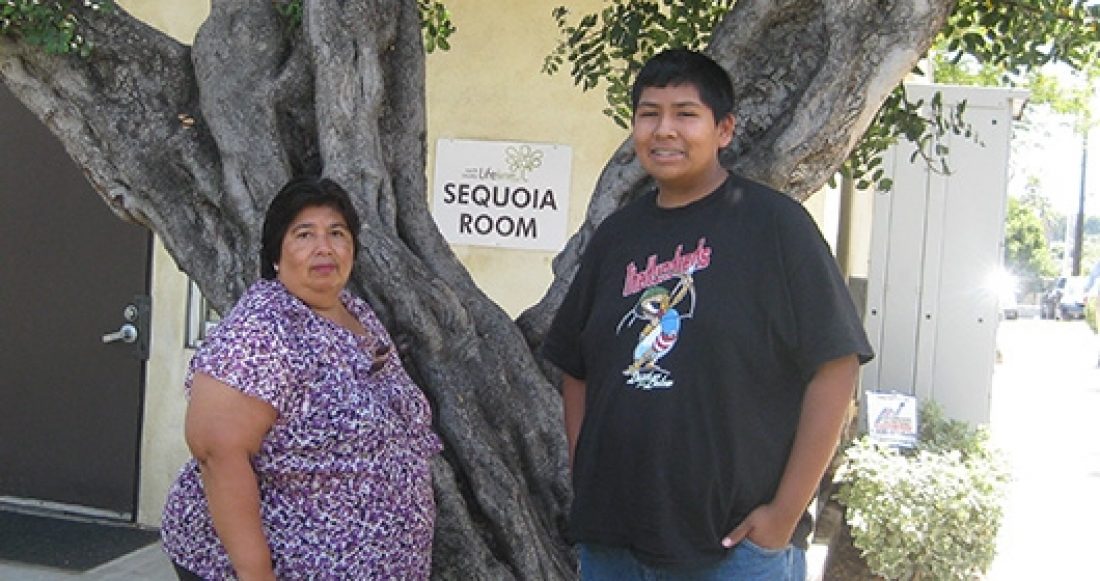 The struggles that plague the Eastside and Crown Heights neighborhoods in Oceanside, Calif. (north of San Diego), foster an atmosphere where options and choices seem nonexistent or extremely limited. In early 2011, North County Lifeline launched a Financial Opportunity Center, which is housed in a city of Oceanside building and located in the Crown House neighborhood. The center's model of bundling services allows North County Lifeline to begin by offering a basic service — accessing public benefits to help clients meet their basic needs. Once this is achieved, the focus of services can transition into obtaining better employment, finding extra money in the budget, fixing credit problems and beginning to pay down debt or increase assets.

Beatriz V. is a great example of how the Financial Opportunity Center’s bundled services can have a significant impact. After being abandoned by her husband, Beatriz became the primary caregiver and support for her 16-year-old son, Fermin. Having limited English and no place to live, Beatriz and her son had many obstacles to overcome. They moved into a transitional housing program that had a strong focus on drug rehabilitation and did not allow participants to work in the first phase. Since Beatriz did not have problems with substance abuse, she felt that it would be better to find housing that would allow her to maintain her job and focus on her own goals. In May 2010, they moved into CENTRO, an employment-focused transitional housing program also case managed by Lifeline. During her two years in the program, Beatriz worked closely with her income support specialist, career and education specialist and financial coach to achieve her goal of becoming self-sufficient.

Beatriz was able to maintain her job as a school cafeteria worker and began receiving health insurance. Through other funding sources and working with her income supports and career specialists, Lifeline was able to help her maintain this job by assisting with car repairs, gas, food and the deposit she needed to enter the CENTRO program. In addition to helping her keep her job, the career and education specialist assisted her with finding additional employment to supplement her income. Beatriz also started attending English-as-a-second-language classes because she knew this was an important step to getting her GED and becoming more employable. Thanks to the additional employment, Beatriz substantially increased her net income available after paying her bills.

Through attending a 16-hour financial workshop and working with the financial coach, Beatriz learned how to prepare and stay within a budget, a skill she continues to use. By maintaining her budget, she decreased her debt, which contributed to an increase in her net worth and an increase of 16 points on her credit score. She also took part in the savings plan required by the CENTRO program, which allowed her to graduate from the program with approximately $1,500 in savings. In addition, Beatriz started an Individual Development Account through Community Housing Works, a product available to CENTRO residents, which now has more than $1,000 in it.

In July 2012, Beatriz and her son Fermin moved into their own two-bedroom apartment. She has established two savings accounts with an area credit union and recently purchased a car. Upon graduating from high school, Fermin plans on continuing his education in a community college with the goal of transferring to a four-year university. Beatriz will continue to work toward acquiring her GED and starting a small business. Beatriz and Fermin are very thankful for the support and assistance they have received to move from dependency to living independently and saving money for the future.