California Kids: Data on Growing up in the Golden State 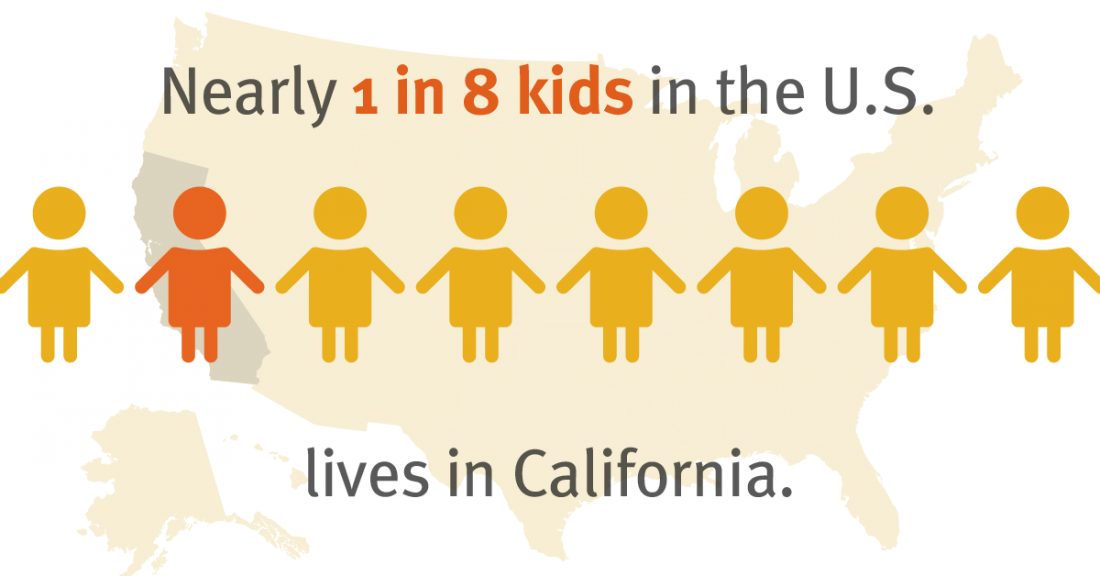 California is home to more kids than any other state — nearly 9.1 million children under the age of 18. This total, which represents 12.3% of all kids nationwide, exceeds the number of children in 21 other states combined.

Because of its outsized child population, California plays an important role in shaping child well-being statistics for the entire country. As a result, it’s worth checking in on — and learning more about — the Golden State’s youngest residents.

Visit the KIDS COUNT Data Center to learn more about what it’s like to grow up in California today and see how the state’s data on child well-being has changed over time.