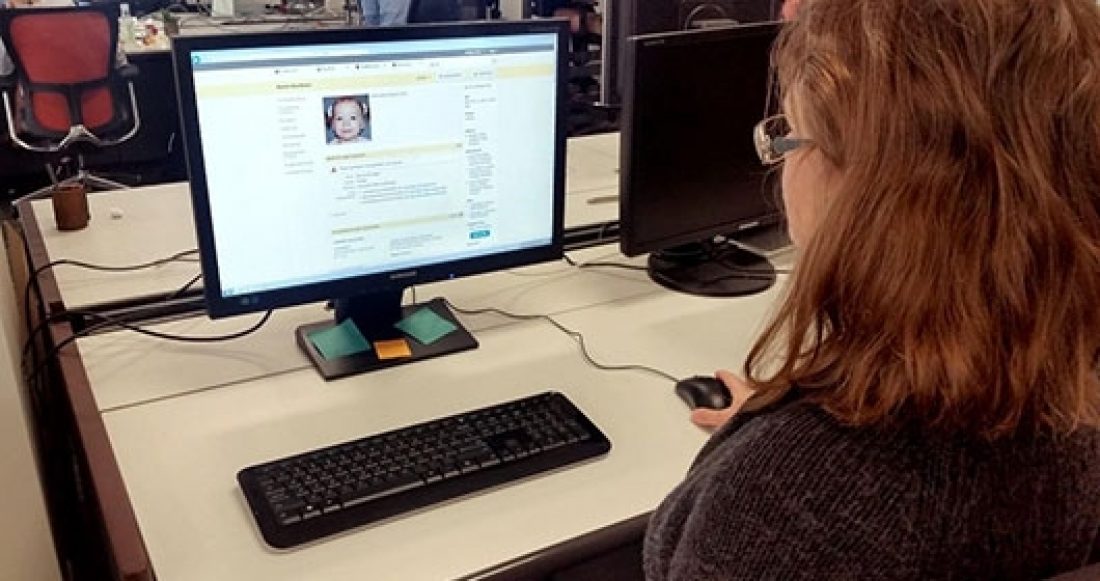 This is the first in a four-part series about Casebook, a state-of-the-art tool to help child welfare workers track and improve results for children in their care. In this series, learn about the issues Casebook was designed to address, the challenges it has overcome and the promising results it is beginning to yield in Indiana, the first state implementing the technology platform.

The Casey Foundation understands that getting the right data in the right people’s hands is crucial to social change. In the spirit of founder Jim Casey, who relied on constant measurement and data analysis to grow his messenger service into the global, multi-billion dollar UPS, a rigorous focus on gauging progress and results is integral to Foundation initiatives. KIDS COUNT, for example, has become a national barometer for how well states are serving children and a powerful lever for promoting policy reforms.

Data systems built from the best available technology are critical to all these efforts. But in the nation’s child welfare arena, progress has long been constrained by cumbersome and outdated systems that limit the information front-line workers can readily access and share to make critical decisions about kids.

“Traditional child welfare systems don’t provide the rich data about all of the connections a child has — not just to his or her parents, but to extended family members, other caregivers and school leaders — to understand what that child has been through as they have traveled through the system,” notes Lisa Hamilton, Casey’s vice president of external affairs.

In 2009 the Foundation launched Casebook, which harnesses the power of the Internet and cloud computing to transform child welfare information technology. Casebook equips caseworkers with an easy-to-use dashboard that they can log into from any computer or mobile device to prioritize key tasks, record data and access an array of information about the children they are serving, their connections and needs. To develop, test and promote the product, Casey launched a spinoff nonprofit called Case Commons, based in New York City and staffed by high-level product developers, software engineers, web designers and child welfare experts.

Kathleen Feely, vice president for innovation at Casey and chief executive officer of Case Commons, first conceived the idea when she saw her daughter interacting with friends on her social networking site. It occurred to her that a web-based system built on similar principles would be a major breakthrough for social workers, who help families create social networks in their communities.

What sets Casebook apart is that the system is designed to support the worker rather than the other way around. “We put you at the center of technology so that you can get the answers that you need and your workers can get the information that they need to make the best decisions possible,” says Feely. The system is also designed to continually respond to new needs, and the Case Commons team provides ongoing consultation, support and customization.

A major advantage the team had was the ability to pilot and refine Casebook with social workers in New England employed by Casey Family Services, the Foundation’s former private child welfare agency.

Nicole Tecco Reece, chief product officer at Case Commons, says the partnership with Casey Family Services helped Casebook’s processes. “Through that collaboration, we learned so much about the challenges of the case managers and frontline workers,” she notes.

“We really help states dig into their data, connect the dots, and solve problems so they can get beyond policy and practice by anecdote,” says Andrea Hollen, director of data-driven practice for Case Commons.

Next: Challenges and Obstacles