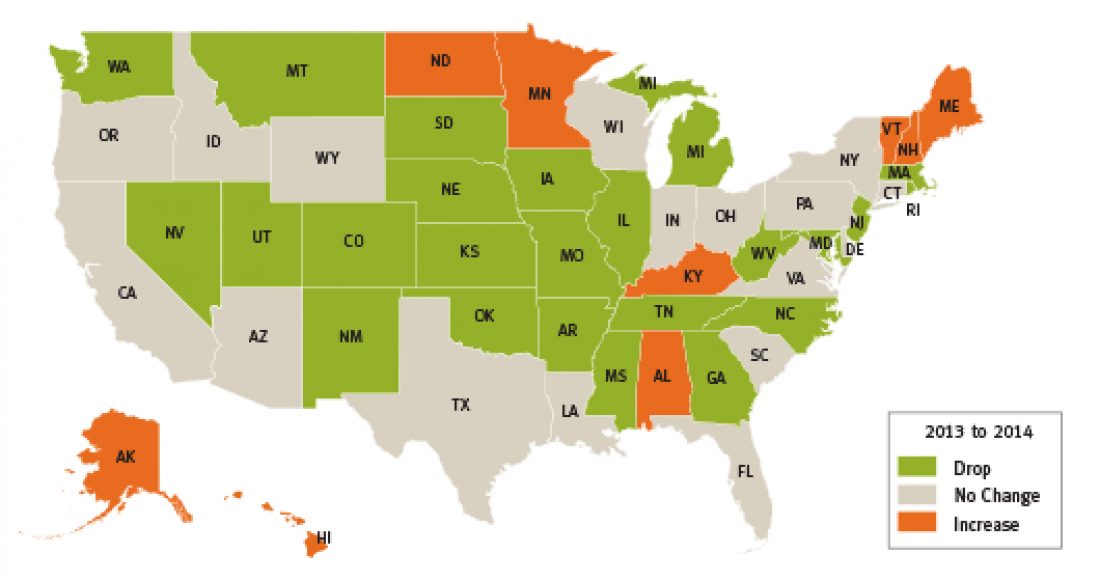 Child advocates and economists celebrated a milestone in 2013 when the national child poverty rate fell for the first time since the start of the Great Recession.

This trend was expected to continue along with the country’s job growth, increased consumer spending and drop in unemployment. However, new data from the 2014 American Community Survey (ACS) is officially cutting the celebrations short. The survey results, released Sept. 17, 2015, suggest that the national child poverty rate remained stagnant from 2013 to 2014 — a sign that the country’s economic recovery is still leaving the lowest-income families behind.

According to the ACS data, one in five kids still live in poverty. This reality is especially true for children of color. In 2014, black (38%), American Indian (36%) and Latino (32%) children were more likely to live in poverty relative to their white and Asian counterparts (both 13%).

On a national level, the incidence of child poverty flatlined between 2013 and 2014 and still exceeds the pre-recession rate. At the state level, child poverty rates improved in 24 states as well as the District of Columbia. Seventeen states saw no change, and the remaining nine states — with Alaska, New Hampshire and North Dakota leading the list — saw child poverty rates rise.

States with the Largest Declines in Child Poverty

States with the Largest Increases in Child Poverty