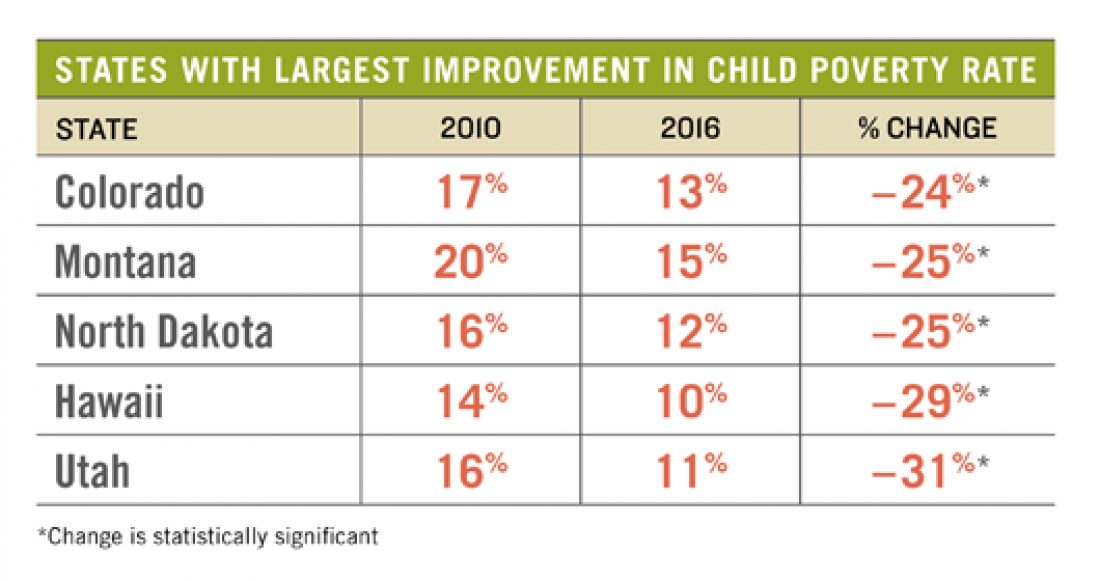 Americans need to build an economy that offers opportunity and economic security to everyone. Unfortunately, the latest data indicate that 19% of U.S. kids are now living in poverty. This translates to 14 million kids across the country growing up poor in 2016.

Nationally, this statistic has fallen since 2014 and nearly returned to its pre-recession level of 18%. Such progress is encouraging, particularly because growing up in poverty is one of the single greatest threats to child development, according to research. Policies such as the Earned Income Tax Credit, the Affordable Care Act and raising the minimum wage help to reduce the poverty rate and support opportunity and economic security for all Americans.

Also encouraging: Child poverty rates have improved across all racial and ethnic categories. Yet, despite these rates moving in the right direction, children of color are still far more likely to experience poverty than their Asian or white peers. Poverty rates among African American, American Indian and Latino children are three to two times higher than poverty rates among Asian and white children. Such clear disparities underscore why we must continue to invest in efforts that provide access to opportunity to all children and their families.

The federal poverty line is consistent across the country, but varies according to household size and income. For instance: In 2016, two adults and two children lived in poverty if their annual household income was $24,339 or less. 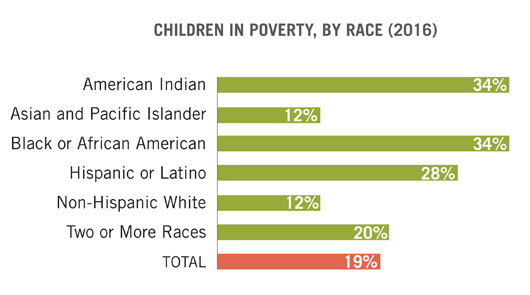 Between 2010 and 2016, five states — Utah, Hawaii, North Dakota, Montana and Colorado — reported dramatic drops their child poverty rate. Utah’s child poverty rate fell 31% during this time span, which is the greatest drop reported of any state. Meanwhile, rates worsened in three states, jumping 8% in Alaska and 7% in Louisiana and New Jersey.