Homeownership can help families build assets and move toward financial security. Therefore, it is concerning that the percentage of children living in households that were owned by their parents dropped from 66% in 2007 to 61 percent in 2011, representing 3.7 million children. Children in immigrant families were less likely to live in owned households compared to their U.S.-born counterparts (53% vs. 63%), though both groups experienced declines. Nevada had the lowest level of parental homeownership, at 47%. At 74%, Iowa and Minnesota had the highest. 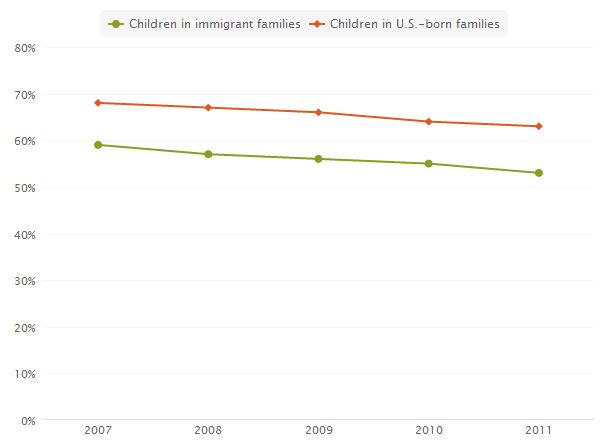