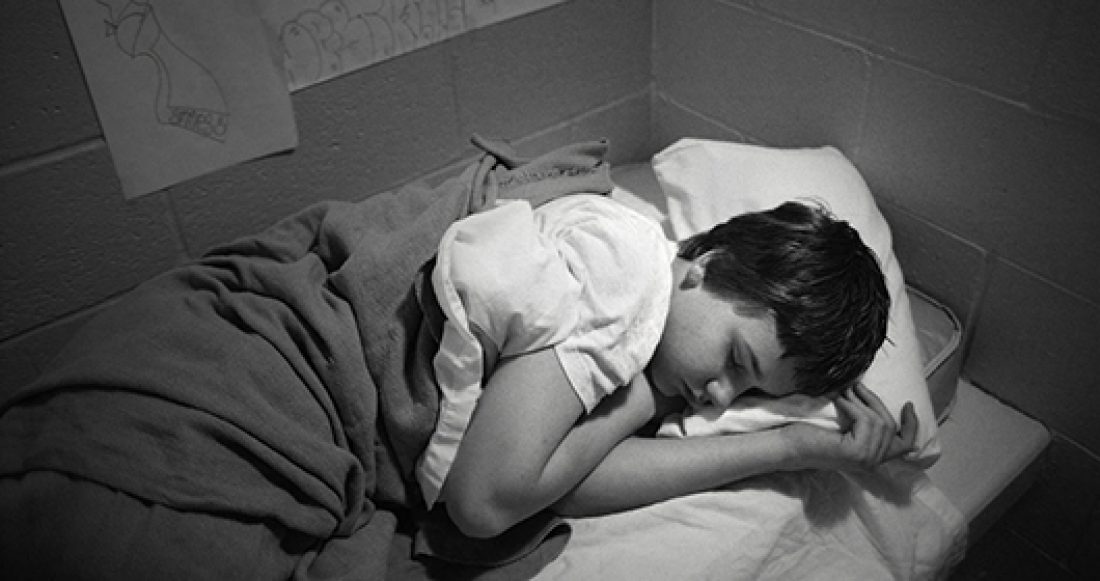 Research shows America's overreliance on incarceration has not worked in rehabilitating young offenders, creating instead expensive systems that fail to increase public safety. While the United States still leads the world in locking up its young people, a new KIDS COUNT data snapshot shows the nation's confinement rate is the lowest it has been in 35 years. This positive trend presents communities with an opportunity to pursue more cost-effective and humane approaches to juvenile justice, several of which are outlined in the new Casey Foundation report.

View data on youth residing in juvenile detention and correctional facilities for the nation, states and the District of Columbia.

The five largest racial groups have also seen a decrease in confinement, with the biggest declines occuring among Asian and Pacific Islander and Latino youth, according to the KIDS COUNT data snapshot. However, large disparities persist. African-American youth are nearly five times more likely to be confined than their white peers, while Latino and American Indian youth are between two and three times more likely. These disparities point to a system that treats youth of color, particularly African Americans and Latinos, more punitively than their white counterparts. 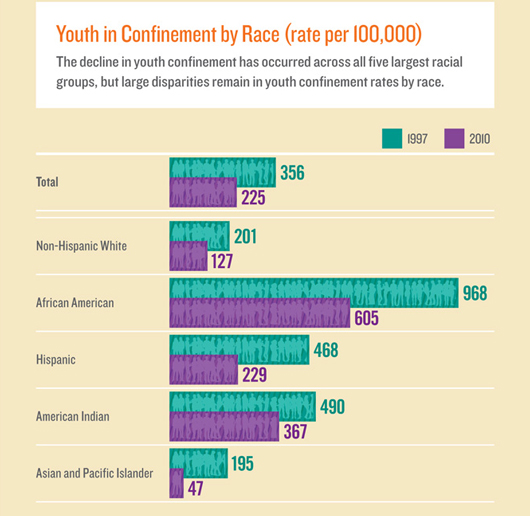