Fewer Kids Living in Homes Owned by Their Parents 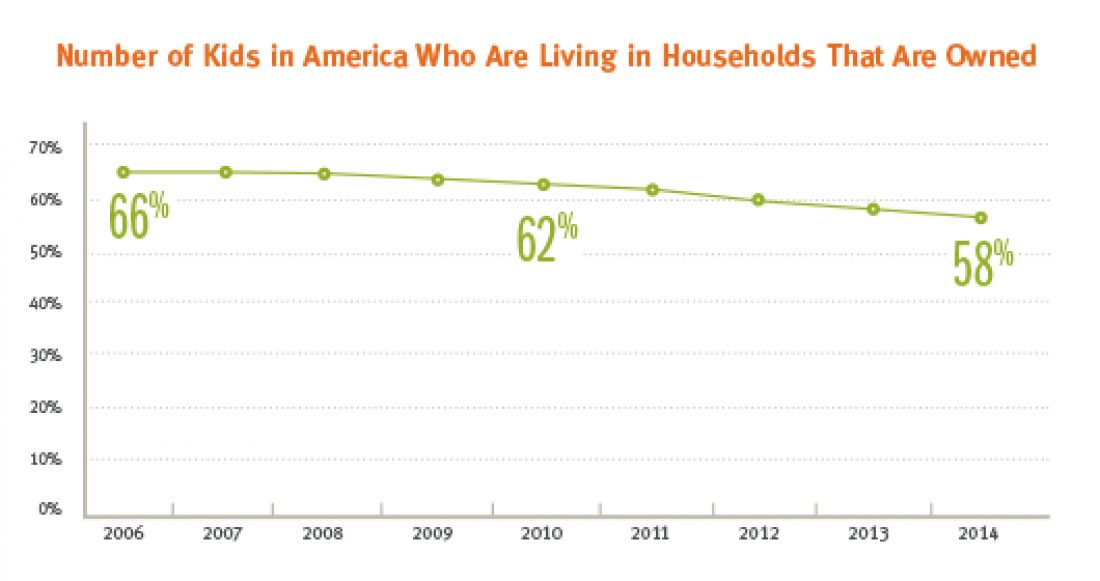 This sinking statistic means that 5.7 million more kids are no longer living in a parent-owned home relative to nearly a decade ago.

Homeownership has social and emotional benefits, according to research. For instance: School-age kids who live in parent-owned homes are less likely to exhibit behavior problems relative to kids whose families live in rental properties. Homeowners are also less likely to relocate — and more likely to invest in their community as well as neighborhood relationships.

Additionally, homeownership is an important component of asset building, which can help vulnerable families get ahead and grow more financially secure.

The prevalence of kids living in a home that their parents own varies widely by state — and ranges from a high of 73% in Minnesota to a low of 44% in Nevada.