Immigrant Families with Kids Are at Greater Risk of Financial Instability 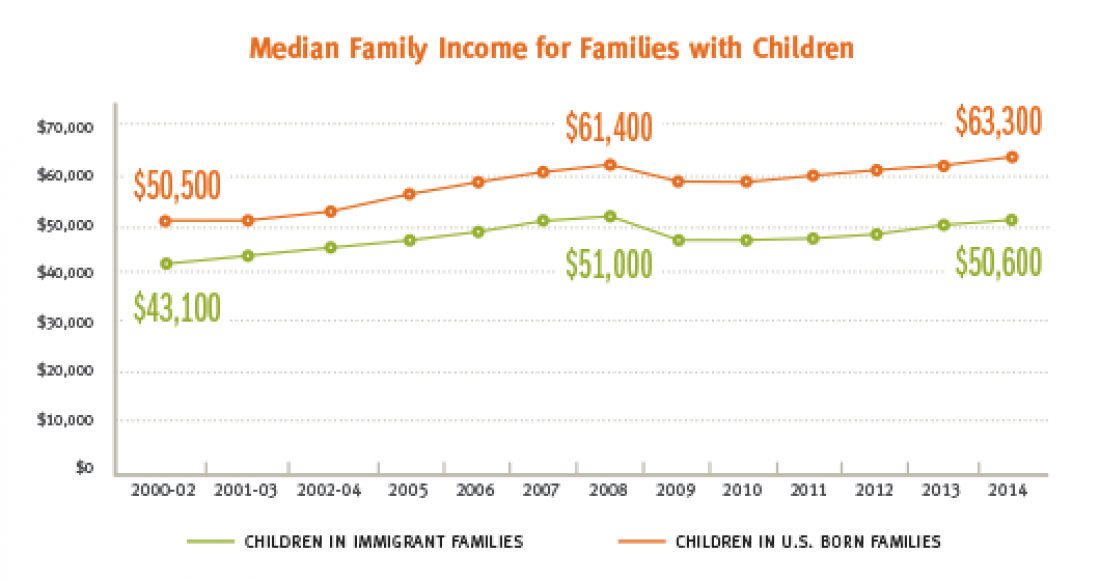 A family’s financial well-being can make a difference in a child's upbringing. For instance: Financial security reduces the likelihood that kids will live in poverty with limited resources and access to opportunities. Yet, for many immigrant families, achieving financial security can be challenging.

Kids in immigrant families are more likely than their native-born peers to have parents with stable employment. At the same time, they are also more likely to live in poverty than their U.S.-born counterparts.

In 2014, 27% of kids in immigrant families — nearly 4.8 million kids total — had parents who lacked secure employment in the United States. This rate was higher, at 31%, for kids in native-born families.

Immigrant parents with kids brought home a median combined income of $50,600 annually. This total is $12,700 below their U.S.-born counterparts — an earnings gap that has almost doubled since 2005.