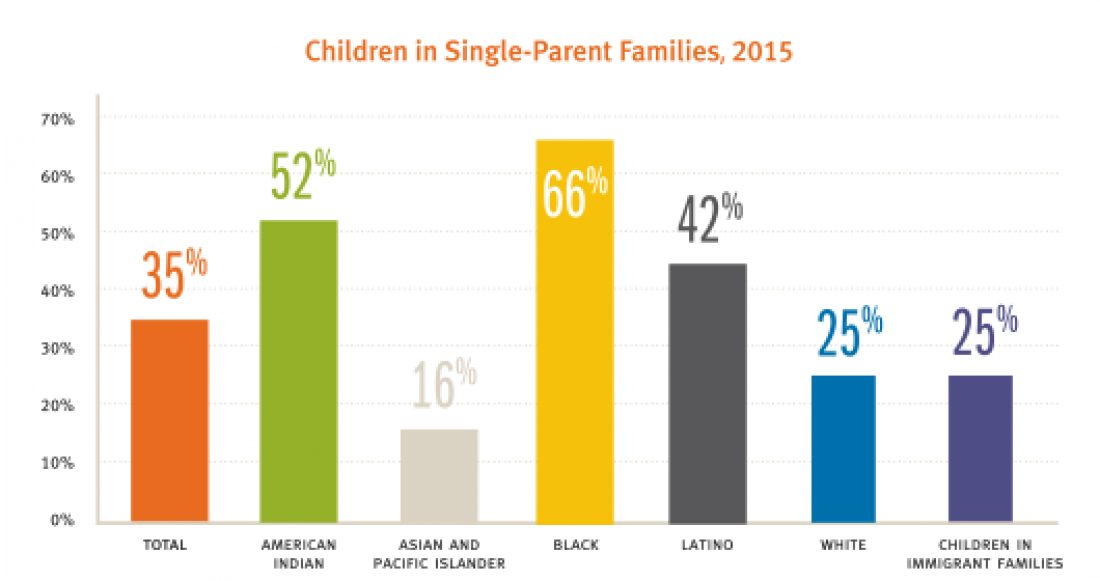 Today in America, more than 1 in 3 children live in single-parent families.

The likelihood of being raised in a one-parent household is lowest for Asian children (16%), white children (25%) and children from immigrant families (25%).

At the other end of the statistical spectrum: Black and American Indian children are more likely to live in a single-parent family than in a two-parent household. In 2015 — the most recent year for which data are available — 66% of black kids and 52% of American Indian kids lived in a one-parent family.

Generally speaking, research indicates that two parents are better than one. Dual-parent households are better positioned to build a stable foundation for families, and they can offer children greater access to resource and opportunities.

Explore more family and community data — at the state and national level — in the KIDS COUNT Data Center.