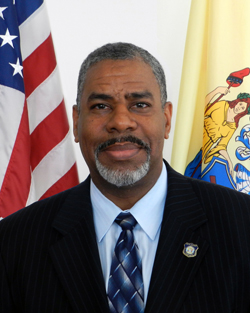 The New Jersey JDAI Annual Data Report for 2011 credits a joint initiative of the New Jersey Juvenile Justice Commission (JJC), the New Jersey Judiciary and numerous county agencies with safely reducing the unnecessary use of detention for the state’s youth.

“JDAI is a partnership. By working together, we will continue to examine and improve our juvenile justice system and expand the reach of JDAI.”

New Jersey became a state JDAI replication site in 2004. Before that, the state experienced – despite decreases in juvenile arrests – the same chronic increases in the use of detention for youth as much of the country experienced.

The changes in New Jersey’s local detention systems documented by the report are all the more impressive because the state not only reduced the number of youth in unnecessary detention, but also met public safety goals. For example:

JDAI has also spurred significant cost savings in New Jersey. The excess space created by population reductions has allowed several counties to close detention centers and house their youth in other counties’ facilities.

These agreements resulted in millions of dollars in savings for the sending counties and substantial revenue increases for the receiving counties, while providing better coordinated service for those who use the system.

“New Jersey has been tremendously successful in reducing the number of youth waylaid in detention facilities while awaiting the outcome of their cases,” said Judge Glenn A. Grant, acting administrative director for New Jersey courts.

“As we continue to serve as a model for other states, I want to thank our juvenile judges and staff for their dedication to our mission and recognize the Casey Foundation for their ongoing support in helping us provide better service to our youth and to the public.”

The JJC is the lead agency for JDAI in New Jersey, providing the staffing infrastructure integral to the state’s success as a JDAI site. JDAI has earned the broad support of state and local government, exemplifying the best of interagency and intergovernmental collaboration.

The Attorney General’s office and the Judiciary have been instrumental in supporting JDAI. At the state level, the New Jersey Council on Juvenile Justice System Improvement (CJJSI) oversees JDAI and considers statewide policy and practice reforms. At the local level, county CJJSIs are responsible for implementing local reform strategies.