One in Five Children is Food Insecure in 2010

In 2010, more than one in five U.S. children lived in households that were food insecure at some point during the year. This represents 17 million children and an increase of 3.7 million children since 2005. This increase occurred as the unemployment rates of parents doubled to 8 percent, limiting the resources families have for shelter, food and clothing. New Mexico and Arizona had the highest rate of childhood food insecurity (29 percent), while Virginia and North Dakota had the lowest rate (12 percent). 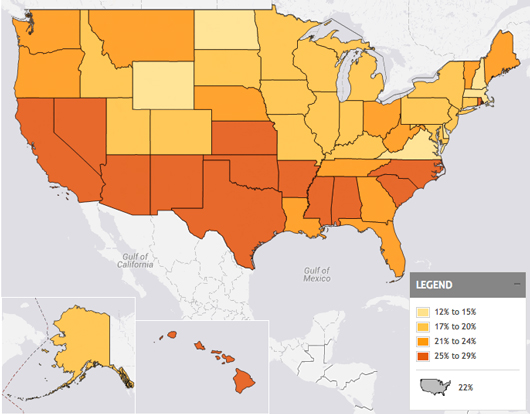