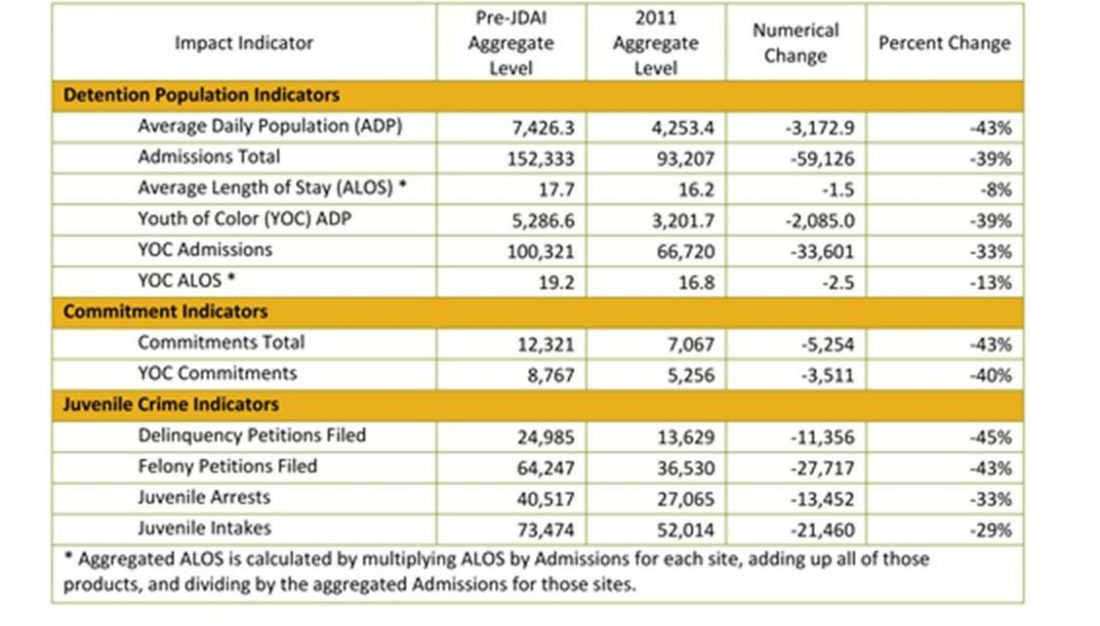 The Juvenile Detention Alternatives Initiative (JDAI) is a nationwide effort of local and state juvenile justice systems, initiated and supported by the Annie E. Casey Foundation, to eliminate unnecessary and inappropriate use of secure detention for juveniles. Begun in 1992, JDAI has grown to become the most widely replicated juvenile justice initiative in the United States, reaching youth in more than 200 counties across 39 states and the District of Columbia as of 2013. JDAI sites submit results reports for two primary purposes: (1) to provide an annual opportunity for sites to assemble and report measures of detention reform progress that can be shared with local system stakeholders, policy makers and the community; and, (2) to generate initiative-wide aggregate measures and inter-site comparisons to deepen our understanding of the overall impact, influence and leverage of the detention reform movement.

These results depict an initiative that has accomplished a great deal, and still has much left to accomplish. It documents the progress that JDAI sites have made in reducing their reliance on secure detention and advancing juvenile justice reform; and it also shows that sites continue to grapple with challenges in several areas of performance, most notably the stubborn persistence of racial and ethnic disparities in the use of detention.

On the whole, the results that JDAI sites have achieved are gratifying and impressive — and those achievements should give sites renewed confidence and deeper commitment to tackle the challenges that remain.