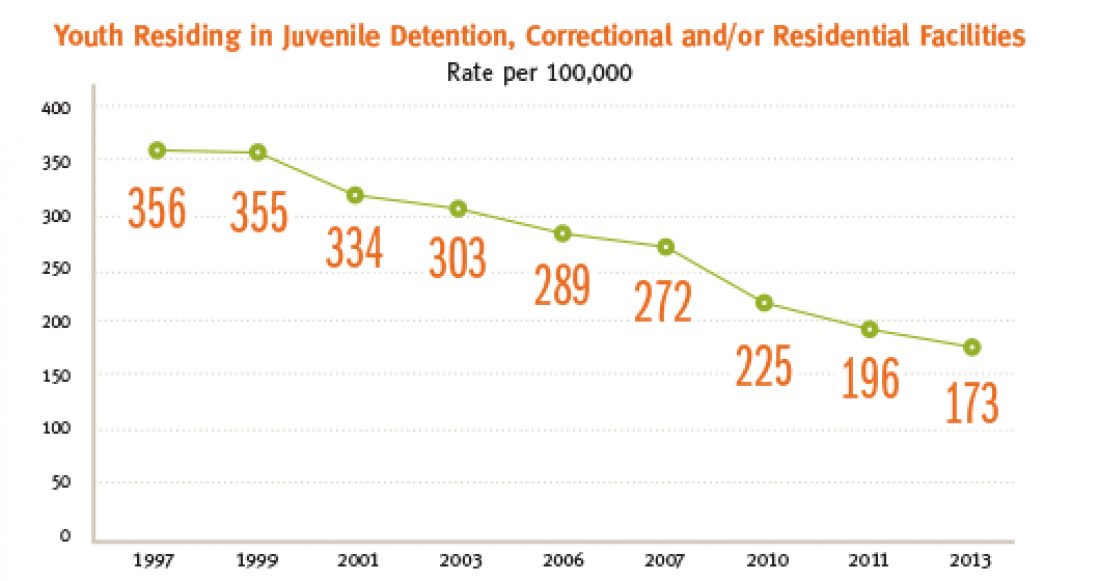 The research is clear. Youth prisons and correctional facilities are dangerous, ineffective and unnecessary.

But here’s some good news:

America’s youth confinement rate dropped across all racial and ethnic groups during the last decade — and by 40% overall.

See how our reliance on confining youth has decreased over time

While these numbers are moving in the right direction, there’s clear room for improvement, according to statistics from the KIDS COUNT Data Center.

In 2013, the last full year for which data is available, America still placed more than 54,000 youth in juvenile detention, correctional and residential facilities.

Equally important, our nation’s lockup pattern is rife with racial inequities. Here’s what the data says:

Casey has made a small change to its KIDS COUNT Data Center—and it’s a big deal.

The Data Center is home to a new search category—search by characteristic—in addition to allowing users to sift through data by location and topic. As part of this update, visitors will instantly connect to a game-changing 44 race-related markers for evaluating child and family well-being. This category also includes statistics grouped by age and family nativity.