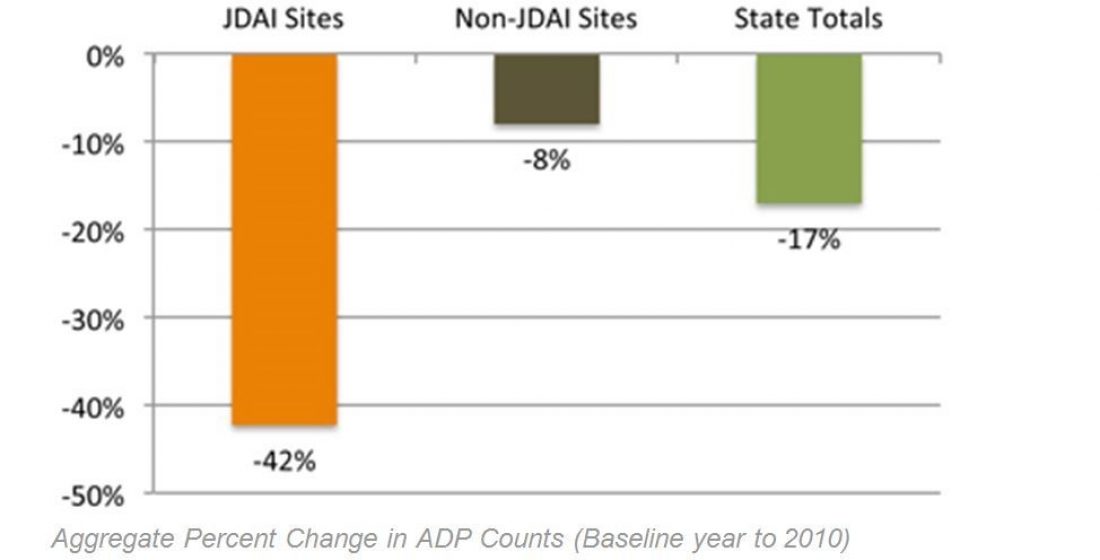 Relying on national data from the Census of Juveniles in Residential Placement and the JDAI Annual Results Reports compiled from JDAI sites, the Chief Justice Earl Warren Institute on Law and Social Policy at UC Berkeley Law School issued a report which evaluates JDAI’s impact by providing a quantitative comparison of JDAI sites (both individually and collectively) within a state to the state as a whole. The report covers 23 states and 83 individual JDAI sites that met the study criteria. The aggregate decline in average daily population (ADP) in JDAI sites was almost 2.5 times greater than the state totals. And, the aggregated decline in commitments in JDAI sites was also significantly larger than that for the state totals. In 47 of 83 sites, the change in ADP was more favorable than that of the state as a whole, although the proportion of youth of color in confinement remains disproportionate.

What makes a straightforward scientific evaluation of JDAI difficult is the nature of accurate and consistant data; JDAI has been implemented differently across sites and has changed over time, and data collection standards vary across local and state jurisdictions. In addition, this study does not separate JDAI site data from the home state calculations. The report concludes that JDAI sites need to spend more energy, attention and resources on accurate and consistent data collection in order to satisfy a future, more scientific study.