Single Parents Raising More Than a Third of U.S. Kids 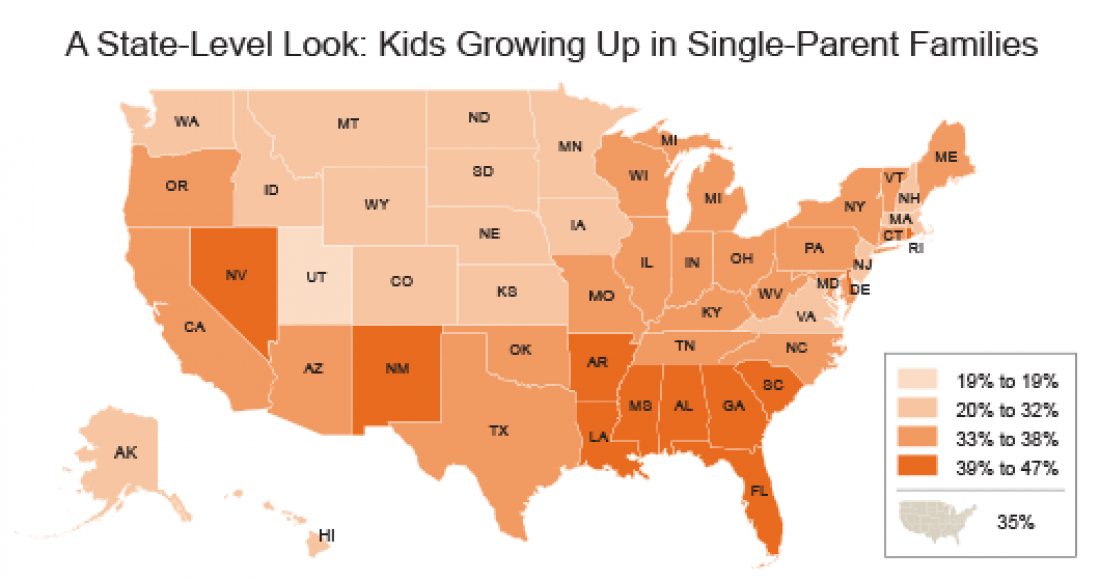 Want a larger version of our graphic? Click here.

The statistics are in — and suggest that single-parent households are growing more common across America.

Compared with kids in married-couple families, kids raised by one parent are more likely to drop out of school, have or cause a teen pregnancy and get divorced as an adult, according to research.

Forty-six states reported an uptick in the number of kids raised in single parent households, with the largest jumps occurring in New Hampshire and Delaware. Utah has the lowest incidence of kids being raised by one parent (19%) while Louisiana and Mississippi top the list, with nearly half of all kids growing up in single-parent families.

Take a closer look at the structure of American families — and view related statistics at the state and national level — in the KIDS COUNT Data Center.