Students Have Room for Improvement When it Comes to Science Scores 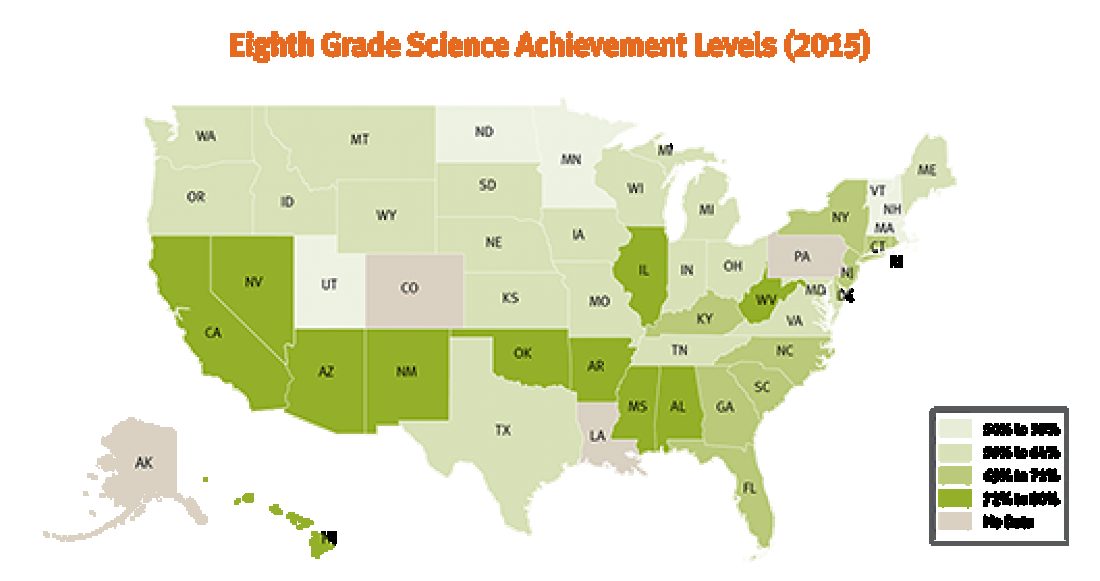 In 2015, 63% of fourth graders and 67% of eighth graders tested below proficient in science.

These proficiency levels — while discouraging — are moving in the right direction. In 2009, an even greater proportion of students at both grade levels were scoring below proficient in science (68% of all fourth graders and 71% of all eighth graders).

Science proficiency levels vary at the state level, though students in the Southseem to be faring worse than their classmates in other parts of the country. Three states with the lowest proficiency levels — Mississippi, Alabama and New Mexico — saw approximately 8 out of every 10 eighth graders testing below proficient in science in 2015.

Missing these proficiency benchmarks is concerning because a growing demand for technical jobs will require tomorrow’s workers to employ sharpened math and science skills, say experts.