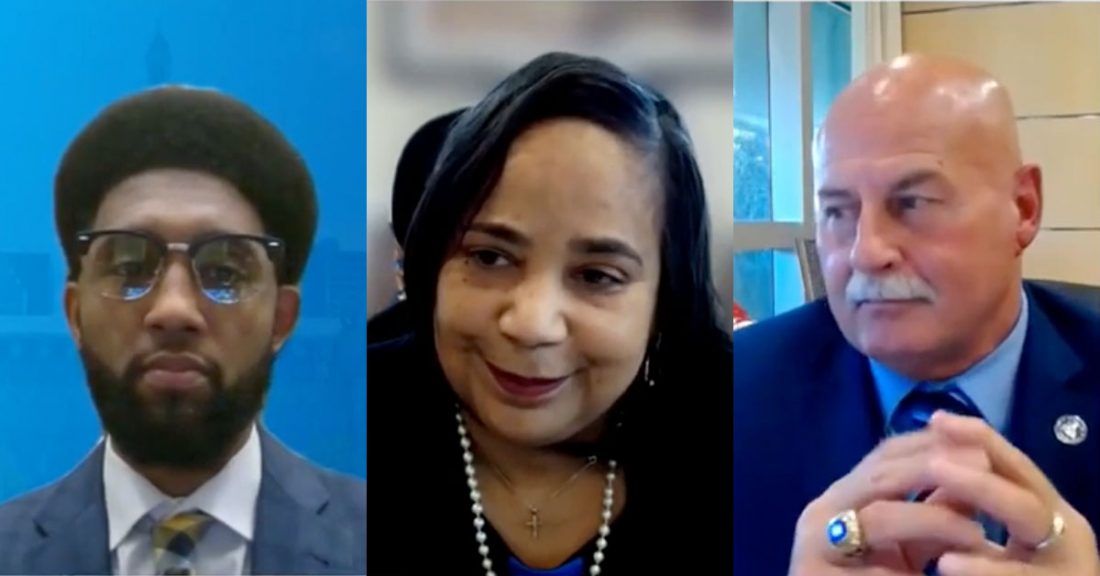 A Youth Voice and Power Summit hosted Feb. 22 by the Annie E. Casey Foundation gave a virtual audience the chance to hear from mayors and young leaders on how foundations, nonprofits, government and business can work effectively with young people. It was the second in a series of events tied to the Foundation’s announcement that it will dedicate at least half of its investments over the next decade to improving the well-being and prospects of youth and young adults ages 14–24 so that they may thrive by 25.

Mayors Brandon Scott of Baltimore, Jerry Dyer of Fresno, California, and Victoria Woodards of Tacoma, Washington, joined a roundtable to discuss youth partnership and leadership in their respective cities.

In launching Tacoma’s first youth commission, Woodards expected a few dozen applications at most, but the city heard from more than 125 young people who had something to say. “They operate in four different committees — justice and safety; education, arts and culture; environmental policy; and social health — and we allow to them to lead in the way they want to lead,” she said. The commission recently presented the mayor with a list of recommended reforms to the city police department, challenging elected officials to take action.

In Baltimore, Scott credited an organization led by youth — Bmore Beyond Plastic — with changing the trajectory of city policy. “We would not have passed legislation in Baltimore around Styrofoam and plastic bags… were it not for high school students coming to Baltimore City Council by the droves.”

As Scott and Woodards nodded, Dyer said young people in his city have made it clear that it’s not enough for them simply to have a seat at the table. “They know when they’re being used. That’s why it’s so important for us to build that trusting relationship with them, to be an active listener.”

Young people on the transition team Scott formed after he was elected “had the same kind of power that everyone else had there,” he said. “You have to empower them to be a part of (change), not just at the beginning but every single step of the way.”

Young people “are not our future,” Woodards added. “They are our present. They’re here today and we should engage them now.”

During a panel discussion exploring the Foundation’s own work with youth and young adults, Sonia Emerson, a young fellow with the Foundation’s Jim Casey Youth Opportunities Initiative®, said it is essential to be intentional about engaging young people in conversation. “It’s about creating a culture where we feel safe and where things aren’t just being rubber stamped,” as well as asking young people thoughtful questions, she said.

“Youth voice in the equation is so utterly important” to authentic partnership, added Kirsten Allen, a young business and strategy consultant. Allen identified two hallmarks of such partnerships that she has found valuable: equitable compensation for participants and decision-making authority.

Foundation President and CEO Lisa Hamilton said this series of events is demonstrating the value of hearing from young leaders. “We can’t just advocate on behalf of young people,” she said. “They must be part of developing solutions to the challenges they face.”