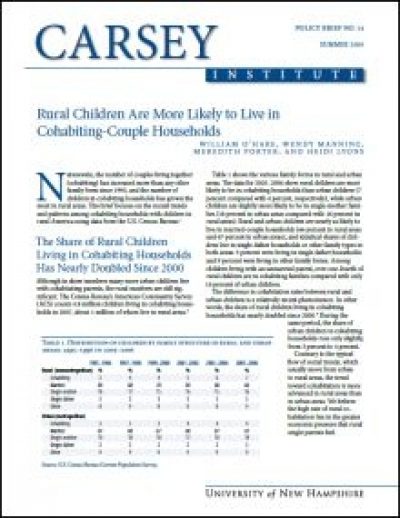 As part of the Carsey Institute’s Policy Brief series, this summary highlights key findings from an analysis of Census data about family structure between 1995 and 2006. While the number of couples living together had increased over other family structures during this period, the number of children residing in cohabiting households grew the most in rural areas. The summary also provides information about other forms of family structure and the demographic characteristics of families with children.

Across all family structures, rural children experience higher rates of poverty than their urban counterparts.

The sharp increase in cohabiting households in rural America, along with other indicators such as falling welfare rolls, suggest that economic stress has been growing in rural areas of the country.