Immigrant and Refugee Families in the Child Welfare System 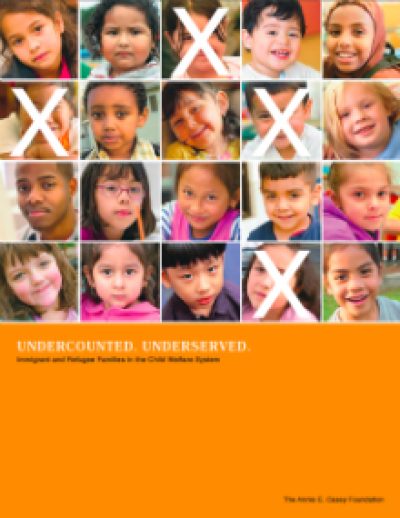 More and more immigrant children are entering the U.S. child welfare system — a system that is not consistently prepared to meet their complex needs. This report outlines the needs of immigrant and refugee children in the child welfare system, identifies the challenges they face, highlights promising practices being developed across the country and shares recommendations from a consultative session with national experts and child welfare practitioners.

Nationally, nearly one in four children and youth is either an immigrant or has immigrant parents; one-fifth of school-age kids are the children of immigrants.

More than 25% of young children in immigrant families are poor, compared with 20% in native-born families.

More than 80% of young children of immigrants have a non-citizen parent.

I have no cultural identity — I didn’t grow up in a Persian household, yet I am not considered an American citizen.

It’s really important that we look beyond traditional ‘needs assessment’ data or child welfare data and talk with frontline community-based organizations. Ask the churches, immigrant groups, food bank staff to keep track of the language and country of origin for their clients and then you’ll get a good idea of who needs services.