National and State Trends, and Trends by Race and Ethnicity

By the Guttmacher Institute 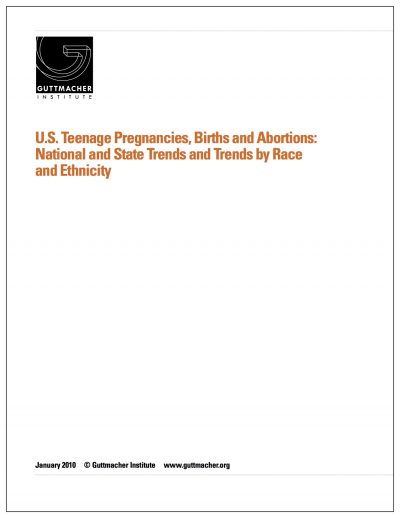 In addition to the increases in teenage pregnancy, birth and abortion rates, the data presented here indicate that there are still large and long-standing disparities in rates by race and by state. These disparities echo those seen among unintended pregnancy rates, which are several times higher for women of color. Research underway at Guttmacher to calculate state-level unintended pregnancy rates will soon allow us to assess whether the state disparities seen among teenagers carry over to adult women.

Other research has noted and seeks to provide additional explanations for the longer-term trends and changes, including shifts in the racial and ethnic composition of the population, increases in poverty, the growth of abstinence-only sex education programs at the expense of comprehensive programs, and changes in public perception and attitudes toward both teenage and unintended pregnancy.