Community Engagement is Key Ingredient in Casey Recipe for Results 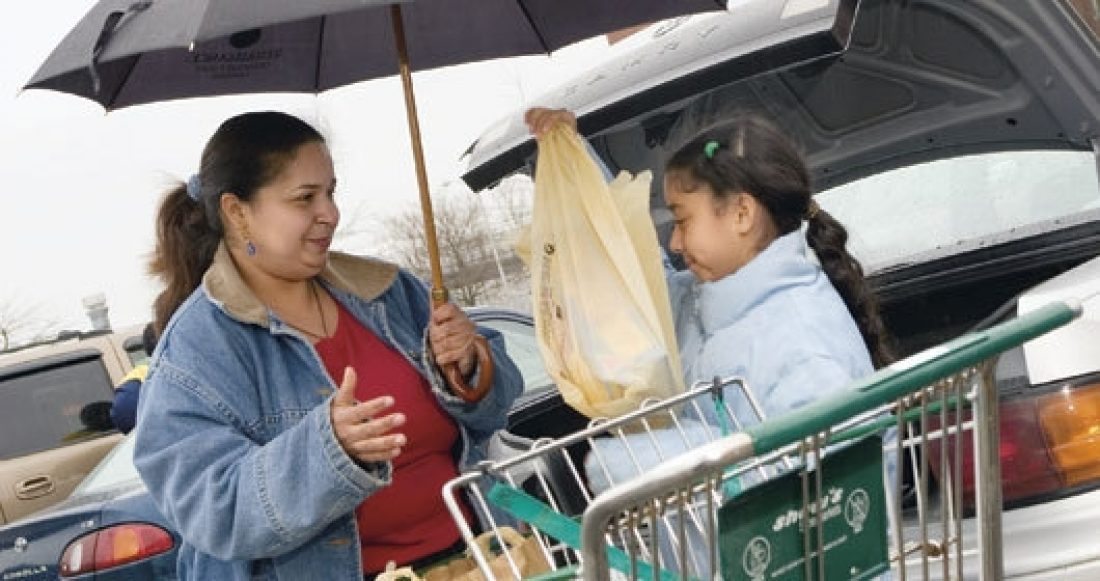 Take Dreema Jackson, for example, who recruits neighbors to join a grassroots network striving to improve their Louisville, Ky., community. The work, she says, provides form to a function she was already serving: “I was always talking to people, trying to get them to realize that they had more power.”

Community engagement has become increasingly integral to Casey’s mission since the mid-1990s, when it got residents involved in shaping and directing an initiative known as Plain Talk. The initiative was aimed at protecting sexually active youth from pregnancy and sexually transmitted disease in five U.S. cities.

After several years, an independent cross-site evaluation found the approach worked. Young people were less likely to have an unwanted pregnancy or sexually transmitted disease if they talked with knowledgeable adults in their neighborhoods who learned to communicate effectively about reducing risky sexual behavior and had more access to contraceptives.

The evaluation by Public/Private Ventures, a national nonprofit organization, tracked changes in young people’s attitudes and behaviors in three Plain Talk communities. It found that the percentage of sexually experienced youth who had been pregnant or caused a pregnancy went from 33 percent in 1994, when Plain Talk began, to 27 percent in 1998.

Without Plain Talk, the pregnancy rate in 1998 would have been 38 percent, according to projections based on increases in other similar communities during the same four years. Most of the 11 percent decrease was due to better communication, the data analysis suggested.

As a “Walker and Talker” first for Plain Talk in the neighborhood where she grew up in New Orleans and now for the Health Care for All program, Peola Trumble-McKinnis shares information about health issues.

“You try to help people become self-sufficient by giving them information. Sometimes all people need is just a little hand to get them up and going.”

Practiced in a variety of forms and formats, community engagement cuts across and shapes every major area of the Foundation’s work, including family strengthening, community and urban development, health, mental health, housing, child welfare, education, system reform and leadership development.

“Paying attention to the voices and viewpoints of community residents is an essential component of any strategy to achieve and sustain improved outcomes,” says Ralph Smith, the Foundation’s senior vice president. "We are at our best when we see ourselves helping people to help themselves.”

Engaging residents means more than ensuring that their voices are heard. “Our commitment to authentic engagement means ensuring that residents have a seat at the table, a voice in the debate and the information to participate in the decision,” says Smith. “Authentic engagement means having a meaningful opportunity to change your own or someone else’s action and behavior in order to produce improved results.”

Plain Talk worked to build grassroots consensus on a sensitive topic — the need to encourage the use of contraception to protect sexually active youth. A core group of residents and community agency staff gathered to develop a shared vision about the need to act and spread important information in the community.

Residents were recruited and trained to collect data on neighborhood beliefs and behavior regarding teen sexual behavior. This “community mapping” often produced telling data that helped direct efforts to prevent teen pregnancy and sexually transmitted disease. At one site, 65 percent of the teens surveyed said a girl didn’t need birth control if she had sex only occasionally.

Residents shared valuable information about teenage sexual activity and reproductive health with other community adults and gave them skills to discuss sexuality with adolescents. This sharing was done by “Walkers and Talkers” — trusted residents trained as peer outreach workers — who went door-to-door in neighborhoods and held small workshops in residents’ homes called “Home Health Parties.”

The Plain Talk evaluation found that the two sites using Walkers and Talkers in conjunction with Home Health Parties educated larger numbers of community adults — 800 in New Orleans and 1,350 in San Diego. They also delivered training with more explicit information.

Having residents, including parents, working in partnership with health professionals “provided a greater level of moral authority, and that’s what made the huge difference,” says Debra Delgado, a former Casey senior associate who managed the Plain Talk initiative until 2006. “The reach into neighborhoods also became even deeper. Residents became ambassadors for the health organizations.”

This created the network of support young people need. “There’s no other way of addressing social behavior than by engaging directly the people for whom this problem is significant,” says Delgado, now a program executive at The Atlantic Philanthropies in New York City. “Residents took ownership of the problem and the solution.”

“Most low-income folks and immigrants really are not trusting of public systems,” says Dr. Patrick Chaulk, the Foundation’s senior associate for health. “If you really work with the community and use community residents to do the work, they’re more likely to be trusted and believed.”

Helping Residents Collect and Use Data

Community engagement is a key feature of Making Connections, a 10-site Casey initiative to improve outcomes for children in tough or isolated neighborhoods by connecting families and neighborhoods to economic opportunities, social support and high-quality services. “From the beginning, there was a commitment to residents playing a central role in this work,” says Frank Farrow, the Foundation’s director of community change initiatives. “Now the sites have made a direct link between engaging residents and achieving and sustaining better results.”

In fact, residents have played an important role in collecting and using data to document problems, design policy, advocate for change and measure results. When a major cross-site survey was launched to gain a more in-depth understanding of neighborhood strengths, needs and priorities, residents helped design the survey, collect data, reality-check the findings, disseminate the data and set the agenda for future surveys.

“There was more investment on the part of the community,” says Cindy Guy, the Foundation’s research manager overseeing the cross-site research. “We wanted the survey to speak to local priorities and values and to reflect residents’ interests.”

Having residents involved in the survey process helps produce more relevant questions, more enthusiastic responses and more reliable answers to better inform policymaking. “These communities have been studied to death. Sometimes they’re downright hostile to more data collection,” says Smith. But they’re more likely to respond if they see residents involved and if they “see the relationship between the data they’re providing and stuff that will impact positively on their lives.”

Community engagement is pivotal not only in Casey’s efforts to prevent poor outcomes but also in supporting families already in crisis who need intervention and services. The goal is to get the parents, families and other residents involved in designing approaches that best serve their needs and to help them build the formal and informal networks they need to access opportunities and support.

In its work to provide all children with a permanent and caring connection to a family, Casey Family Services, the Foundation’s direct services agency, makes sure that decisions about a child’s welfare involve family, community members and other caring adults connected to the child as well as the young people themselves. In seeking a permanent family connection, Casey Family Services taps into and involves the child’s extended network of family, friends and significant adults.

The Foundation’s Family to Family initiative also uses several methods to engage parents and other residents to generate better information and options for children. This includes a Team Decision-Making process whereby major players from the community involved in a child’s life — parents, relatives, friends, perhaps a favorite teacher — meet with social services staff to develop a plan that best provides a safe, nurturing and stable environment for the child.

Casey efforts increasingly have worked to make sure young community members’ voices are heard in decisions that affect them and other young people. “Kids need to know what they’re getting into,” notes Gloryanna Renshaw of Omaha, Neb., whose life changed for the better when she had the chance to speak out in court hearings about her future after growing up in multiple foster care settings.

The Jim Casey Youth Opportunities Initiative seeks to expand opportunities for foster care youth transitioning into adulthood by engaging the youth. Formed by the Casey Foundation and Casey Family Programs, a national child welfare agency headquartered in Seattle, the Jim Casey initiative offers young people in foster care a voice and role in forging policy to improve the services and opportunities when they age out of the system.

While the Casey Foundation has developed a rich body of knowledge about community engagement, the search continues for new ways to empower and mobilize residents to produce better results for children and families. “The bedrock of the work...is resident engagement, connections, involvement,” says Dana Jackson, site coordinator of Making Connections in Louisville. “We have gone through several iterations of what that looks like. With each one, the work has gotten clearer and better, more deeply rooted and much broader.”

This strategy is considered key to empowering the most vulnerable, disconnected residents of very tough neighborhoods — and to sustaining improvements once outside help leaves. “If you don’t start engaging people at the grassroots who are the recipients of services and supports, you’re not going to make durable change happen,” says Audrey Jordan, a Foundation senior associate who works in community change initiatives.

“Many people from the community have ideas, but they don’t have ways to achieve them, and people are afraid of the big institutions,” notes Ramona Obaez, a resident of the Frog Hollow neighborhood in Hartford, Conn., who has served on the decision-making panel of a local grants program supported by Making Connections. “Here, people come to us, and it’s more personal. This is a way to make a difference.”