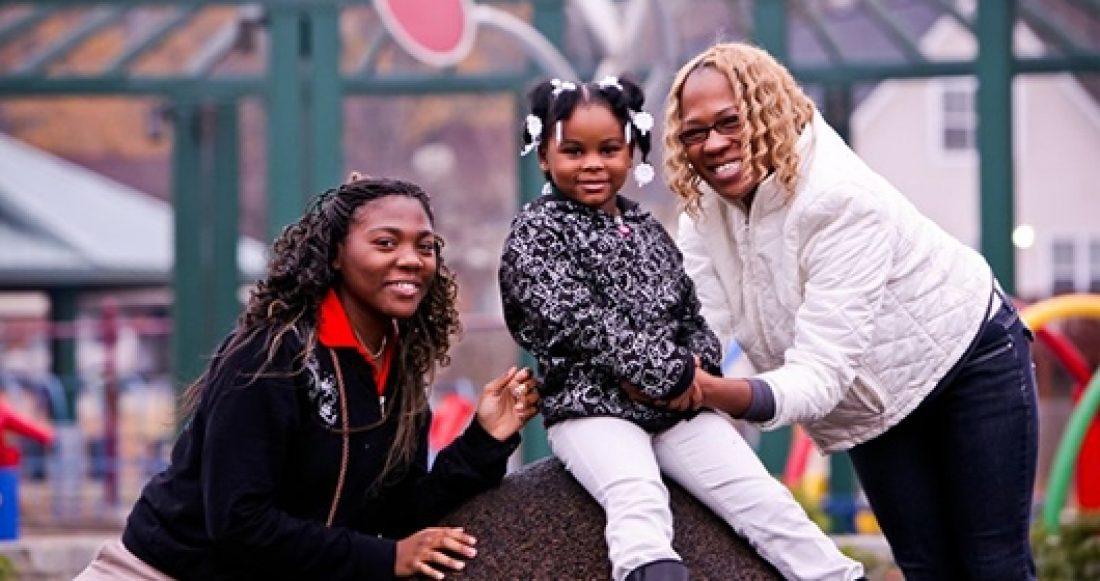 Four-year-old Adrianna Crews suffered from colds all the time. After her mother, Matrice Lowe, enrolled her at Educare Atlanta, Adrianna’s teacher and the school’s health navigator — a nurse from Children's Healthcare of Atlanta — urged her to seek medical treatment for the child.

“They said it was not normal for her to be congested all the time,” Lowe recalls. After multiple diagnoses — bronchitis, allergies, hives, chronic sinusitis and pink eye — Adrianna’s doctor confirmed that she was suffering from chronic asthma.

Educare Atlanta launched the Healthy Beginnings System of Care in early 2011, integrating quality educational experiences with health services to ensure that children in the Atlanta Civic Site are healthy, developing on track, thriving socially and emotionally and achieving academic success by the end of third grade.

Although Lowe was unfamiliar with asthma, its treatment and the triggers that could cause flare-ups, she found a ready guide in Educare Atlanta's health navigator, who gave her the information she needed to ensure Adrianna received the best care possible.

When the asthma continued to flare up after Adrianna had begun to receive treatment, the health navigator referred the family to the Green and Healthy Homes Initiative (GHHI) at The Center for Working Families Inc., where Lowe was already enrolled as a participant. GHHI is a federally funded effort to inspect older homes in Atlanta and provide weatherization, energy-efficiency improvements, lead-hazard reduction and interventions to address any asthma triggers, safety hazards and other unsafe conditions.

When the GHHI inspectors came to the Lowe home, they found numerous issues that were likely exacerbating Arianna’s asthma, including mold, mildew, moisture inside the home’s walls, air filters in need of replacement and insufficient insulation in the crawl space.

“I told Arianna’s doctor, and he said we needed to get out of there ASAP,” Lowe remembers. “We had been living there for four years!”

The GHHI program provides free home rehabs and improvements to homes owned and occupied by low-income residents. Because the Lowe home was a rental, the GHHI inspectors shared the results of their inspection with the owner and encouraged him to address the issues to protect the health of his renters. He refused.

Faced with the knowledge that her home was aggravating her daughter’s asthma and with her landlord’s refusal to make any improvements, Lowe worked with center and Educare Atlanta staff to get permission from the Atlanta Housing Authority, which was subsidizing the family’s rent, to move into a safer home. The request was initially refused, but once the GHHI inspectors shared photos and details of the situation, the housing authority agreed, and the Lowe family moved into a beautiful house on a cul-de-sac in a nice subdivision.